What's New
Through the conflict, life carries on in Ukraine
A FOCUS on Mission
Must Patience Be So Slow?
Harold Jantz: A Heart for the Mennonite Story
Lorlie Barkman: A Life of Creative Engagement
Last Days, First Days
Women in Ministry: Bertha Dyck
January Moment in Prayer “Holy Spirit—Fill Us!”
The Church as the Patient Body of Christ
Advent: Making Much of Jesus: Christmas Day
Home Life & Faithfeature articles A good news story 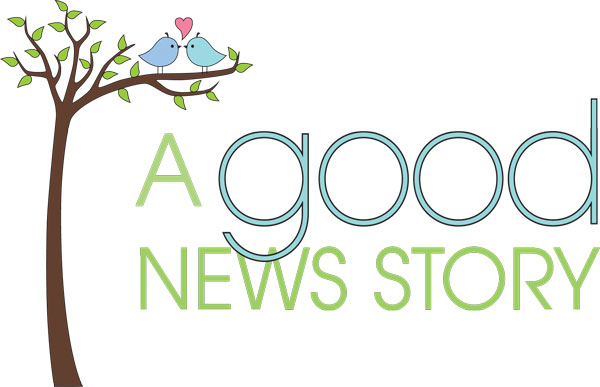 “Part of me wanted to see what would happen if I took a good story and ran with it. Would [people] be captivated and look for a happy ending?”

Mike Duerksen, member of North Kildonan MB Church, Winnipeg, created international buzz Apr. 13, when he announced on Twitter: “Tomorrow I’m proposing to my girlfriend. I’ll be using the hashtag #MikeProposes. Follow along! #Winnipeg.” Leading up to and over the course of their 12-hour date, he tweeted 33 updates. His girlfriend Janelle Freed gave him permission to tweet their romantic day, but since she isn’t on Twitter, the surprise ending would remain a secret.

A Canadian Mennonite University alumnus working in social media communications for Siloam Mission and other nonprofits, Mike had two purposes: first, to keep friends and colleagues in the loop, and second, to “experiment with taking something personal and making it public.”

Mike expected the story would have legs in Winnipeg and among family, and that some of his 1,000 followers would retweet it, but had “no idea it would take on the scope it did.”

People across Canada became glued to their phones to find out whether she would say yes. He gained 500 followers. Newspapers and TV stations pestered him with requests (denied) for clandestine interviews in the bathroom and permission to hide in the bushes to catch the big moment on film.

“It shows that a good story can take off,” says Mike. “It doesn’t have to be sensational, as in ‘If it bleeds, it leads.’ It can be found in everyday interactions and events.”

One follower’s tweet said, “If she says no, I’ll lose all faith in humanity.” “There’s a nugget of truth there: we do want people to love each other and be happy together,” comments Mike.

Contrary to criticisms calling Facebook and Twitter “impersonal,” Mike says, “What I like about social media is it can make businesses more human, accountable, and transparent, beyond the superficial. It’s already made some deep connections between people possible…like Janelle and me.”

Mike (who grew up in Paraguay, but lived the past 10 years in Winnipeg) and Janelle (from Pennsylvania) met three years ago at Mennonite World Conference (MWC) in Paraguay. She doesn’t remember meeting him, but “out of 6,400+ attendees she caught my eye immediately,” Mike told Twitter followers. At MWC, he asked a friend organizing visits to rural churches to put him in Janelle’s group, so he could sit beside her and offer to translate.

Janelle recalls when she left MWC early, “he carried my bags for me.” They exchanged email addresses, and a week later, when her grandmother died, he offered his condolences on Facebook. For two years, they Skyped, emailed, and texted, keeping their “budding romance a secret from everyone.”

What the world needs

Mike didn’t receive a single negative tweet that day, but plenty of encouragement from strangers. A follower in Halifax tweeted: “Silly Atlantic Standard Time! Staying up late tonight to see if she says yes!” and one Winnipegger wrote, “It feels like New Year’s in Winnipeg and the ball is starting to drop!”

“People could’ve easily said, ‘Maybe you’re doing this for show,’ or ‘You should be focusing on your soon-to-be fiancée,’ or ‘You’ll be divorced in 5 years anyway; why do you deserve a happy ending?’” comments Mike. “Just the fact I’d expect [that type of response] says something about online media: we’re so used to seeing negative comments online.”

He did receive criticism in comments to online news stories, calling his proposal “the death of romance.” “I wish they could see how strong our relationship is,” responds Mike. “I completely understand why they would raise those concerns,” but because of Mike’s work, he and Janelle have already established media boundaries: phones are away from the table at meals, and “we spend intentional time together. We pray for each other.”

Pointing out that everyone announces their engagement right after the fact, Mike, who got the idea while live-tweeting a charity event, doesn’t see any ethical issues with posting the proposal as it’s happening. Janelle adds, “Something live makes it more exciting. People were thinking, ‘What’s coming next?’”

Mike and Janelle say some of the confusion comes from people assuming he proposed on Twitter. “People have a negative reaction to public proposals (for example, on a Jumbotron or TV show), but this was just Janelle and me. The actual proposal was a personal and sacred moment.”

Mike took Janelle to eight locations of significance to their relationship, including Bird’s Hill Park, site of their first date when she moved to Canada a year ago for a service term at Winnipeg Harvest. Janelle tells how, on that date, he recounted the story of their meeting and friendship, culminating with “I don’t want our story to end; will you be my girlfriend?” When he proposed by the campfire in his parents’ backyard, he told their story again; this time adding, “I never want it to end.”

Janelle told him, “You have to tell people I said ‘yes’!”

After he tweeted her answer, he allowed the news cameras access. “The good Mennonite in me wanted free engagement pictures,” jokes Mike. “The Sun and Winnipeg Free Press took them for us!”

Mike marvels: “We were on the front page of the Winnipeg Sun homepage all day.” The story confirmed for him the blurriness of the line between “cute stuff” and news. “If it hadn’t been a trending topic on Twitter, the media wouldn’t have picked it up, leading to another truth from the experiment: It’s the community that decides what’s news,” comments Mike.

Not at all fazed by the media attention, Janelle says the buzz gave her a way to share Mike’s thoughtful character with friends and family in Pennsylvania, most of whom haven’t met him. A romantic, Mike gave her a card at each location, and three gifts, including a sponsor child from Paraguay and hot air balloon ride vouchers.

The experience opened up opportunities for Mike to reconnect with old friends who saw him on the news, and it has started conversations with co-workers and strangers. Siloam Mission’s guests were “into” the story and “a lot of camaraderie came out of it,” he says.

To one online report calling Mike’s unique use of Twitter “a sobering reminder that we have officially entered an age where there is no greater love than the attention of strangers and the celebration of the self,” Mike counters: “Or, it shows that we’re entering an age where your community can extend past the people in your reach. If you can encourage somebody that you’ve never met, or brighten their day, why wouldn’t you?”

The couple is planning a ceremony in Pennsylvania during U.S. Thanksgiving celebrations, and a reception to follow in Winnipeg (with no plans to tweet the occasion).

If he could go back, would he do it again? Yes, Mike says, “I would, to let others into the story.”

“As Christians, we’re called to be a different kind of communicator. We should see communication as stewardship. If people are given a passion for storytelling, then they should tell good stories.

Saving couples before the crisis