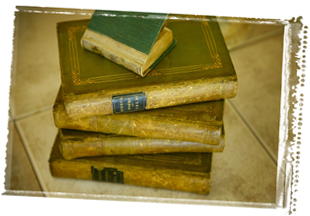 As a child, I eagerly anticipated the story hour after dinner when my father would sit down in his La-Z-Boy chair, with my sister and me nestled around him, and read us a story. His mellifluous voice and love of stories managed to quiet a very rambunctious child, even if only for an hour. My deep love of narrative, I’m sure, grew out of this daily routine.

I know I’m not alone in my love of narrative. In fact, all of us are narrative beings who use stories to make sense of our world. Stories about ourselves and others give us a framework by which to understand our world. However, not all the stories we tell ourselves help us fully realize our humanity or incline us to help others realize theirs – not even Christian stories. In fact, many of the stories we tell ourselves are extremely myopic and serve to reinforce, rather than question, the biases of our limited perspective.

Good literary artists, or “world-makers,” carry us beyond our prejudiced horizons and allow us to imaginatively glimpse new worlds, where our values and beliefs are played out through contextualized tensions and conflicts, and we are invited to explore the deeper dimensions of our humanity.

Sometimes world-makers become world-breakers, as these great writers use their vision to re-form our perspective on reality. At first, when we read life-changing literature – whether nonfiction, poetry, or fiction – we may be confused and disoriented because the artist challenges assumptions about our tidy, familiarly categorized world. However, when we reflect further (and good literature always demands reflection), we occasionally have “aha” moments that transform our understanding of ourselves and our world.

Let me give you a small example. Each year, I ask my first-year students at Trinity Western University in Langley, B.C., to read The Power and the Glory by Graham Greene, a Catholic writer. The narrative, set in the 1930s, follows the journey of the last priest in Tabasco, Mexico, who is running for his life from a socialist regime that has outlawed religion.

The “whisky priest” lives in the tension of knowing that he is a failure as a priest – struggling mightily with drink and having fathered an illegitimate child – yet also aware that he is God’s last minister to the people of Tabasco. He became a priest out of poverty and pride, hoping that doing so would establish him in society. Now that he’s running for his life in revolutionary Mexico, scavenging for food, drink, and trying to find a place to sleep, the priest’s priorities change drastically. He becomes less duty-driven and more compassionate. He begins to see others as bearing God’s image: a murderer, a self-righteous woman, an Indian woman whose child has just been killed, the lieutenant, and even his betrayer, his enemy, the “half-caste.”

Near the end of the novel, the priest, having just successfully escaped from Tabasco, nevertheless chooses to return. He becomes a Christ-like figure, giving his life for an unrepentant murderer. During his last night in the jail cell, fearful of his looming death, he drinks too much whisky as he confesses to God all his failings.

At first, my students are appalled by the priest’s lack of virtue and ask how this man could possibly be called a minister of God. He doesn’t fit into many of their neat categories about Christianity. I’m sure you can imagine the heated discussions we have about the whisky priest’s proper place in God’s kingdom.

But the very fact we have these discussions illustrates that Greene has challenged my students’ Christian categories. Who can be a minister of God? Must a Christian be morally upright to minister to others? Students begin to wrestle with the problem of systemic evil and personal evil. Which is more significant for a Christian, personal piety or a compassionate heart?

Greene has given us a fictive world that speaks to the dark and dubious realities of our world. Our neat categories are challenged; our assumptions are called into question as we imaginatively place ourselves within the tensions, ambiguities, and conflicts of his novel.

Martha Nussbaum identifies this disturbing capacity of literature in her book Poetic Justice: “One may be told many things about people in one’s own society and yet keep that knowledge at a distance. Literary works that promote identification and emotional reaction cut through those self-protective stratagems, requiring us to see and to respond to many things that may be difficult to confront – and they make the process palatable by giving us pleasure in the very act of confrontation.”

Reading good literature unsettles our lives in such a way that we can break away from our self-enclosed worlds to recognize that, as poet Gerard Manley Hopkins writes, “Christ plays in ten thousand places.”