What's New
How sweet the sound
One MCC Thrift Store Began With a Few...
A Hunger for Conversation
Getting the mental and emotional rest you need...
The Patience of God
2023 Spirit of MDS Fund accepting grant applications
October 2022 update from the CCMBC Executive Board
Arnold Community Church hosts block party to thank...
When Spring returns
An autumn reset
Home PeopleAppointments New position connects Chinese churches 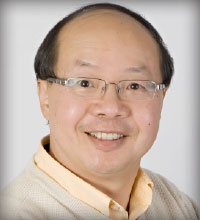 In August, the B.C. conference (BCMB) executive board appointed David Leung to the new volunteer position of Assistant to the Conference Minister for Chinese Churches, effective Sept. 1, 2014.

For nearly a decade, Leung served as stewardship representative with the Canadian conference, supporting and connecting the B.C. conference with its Chinese churches. That role came to an end at the end of August.

“We’ve come to know and trust David as a dear brother in Christ and faithful servant, particularly among our 18 Chinese churches in B.C. and across Canada,” says B.C. conference minister Rob Thiessen. “And we recognize the importance of having a person function in relationship with our Chinese-speaking congregations who understands their distinct cultural and social milieu.”

Leung will now work in close partnership with the B.C. conference minister to give oversight and support to Chinese pastors, churches and ministries in fulfillment of BCMB’s mission and vision statements and in accordance with its guiding documents. An official installation will happen during the B.C. conference’s spring 2015 convention.