What's New
Through the conflict, life carries on in Ukraine
A FOCUS on Mission
Must Patience Be So Slow?
Harold Jantz: A Heart for the Mennonite Story
Lorlie Barkman: A Life of Creative Engagement
Last Days, First Days
Women in Ministry: Bertha Dyck
January Moment in Prayer “Holy Spirit—Fill Us!”
The Church as the Patient Body of Christ
Advent: Making Much of Jesus: Christmas Day
Home MB HeraldColumns Baptized imaginations

Sixteen-year-old C.S. Lewis waited on a railway platform for a train to take him home after a day in town. Eager to spend his weekend reading, he browsed the station’s newsstand and spotted a copy of Phantastes: A Faerie Romance for Men and Women. Later, Lewis would say that reading Phantastes transported him from ordinary life to the world of the fairy. The novel by Christian writer George MacDonald also made the young atheist hungry for something for which he had no words.

In his autobiography Surprised by Joy, Lewis says Phantastes “baptized” his imagination. Over years of reading MacDonald’s work and the writings of other Christians, truth worked like leaven in his soul.

Stories have the power to persuade individuals. They can also influence whole societies.

I watch movies and read widely, yet I can understand why past generations forbade Christians to visit theatres and read certain books. In our desire to be less legalistic, I wonder if we have lost our respect for how well-told stories subconsciously shape our values and influence our decisions – both positively and negatively.

Intellectual arguments often meet firmly bolted mental doors, but a story – like an inviting aroma – wafts in through the open windows of our consciousness. Engaged by a vivid narrative, we may open gates that once appeared to be fences.

I am fascinated by the role storytelling has played in the shift in perspective on homosexuality in North America. Though homosexual characters were depicted on TV and in movies before 1991, the first kiss between a same-sex couple took place onscreen that year in an episode of L.A. Law. Fearing public backlash, the advertisers considered pulling their financial support because of the scene.

In less than 10 years, general public sentiment about a gay-positive message had gone from discomfort to accolades.

At the same time, a political change was taking place in Canada. In 1995, the House of Commons voted 124–52 against legal recognition of same-sex marriages. Subsequent years saw more challenges until 2005, when a motion passed 158 votes to 133 to include same-sex couples in our country’s definition of legal marriage.

It’s not as simple as media defining our values. The average 18–49-year-old Canadian spends 23.2 hours watching television and 17 hours online per week. The movies, music, books and television shows we consume both reflect the values that exist in a culture and also shape them.

I’m not saying we shouldn’t be entertained by our culture’s narratives but that we need to be intentional about balancing mainstream media intake with other types of stories.

Do we read or listen to the Bible regularly? Feeding on the Bible fills our minds with God’s priorities and accounts of his people living out his principles.

Do we regularly meet with and form close relationships with other Christians through attending a small group or church? Listening to teaching, Scripture, testimonies of life transformation; singing worship songs; and casual interaction with God’s people can mould us to become more like Jesus.

Do we engage with books, magazines, TV shows, YouTube videos, movies and music that are true, noble, right, pure, lovely, admirable, excellent and praiseworthy (Philippians 4:8)? One of the things I love about pre-20th-century novels is that they are written at a time when a Christian worldview was dominant. Biblical values are seamlessly woven into the narrative, unlike some modern Christian novels that try too hard to preach. Charles Dickens’ A Tale of Two Cities and Victor Hugo’s Les Miserables unselfconsciously tell gripping stories of redemption and grace that point to Jesus without ever saying his name.

We can also foster storytelling from a biblical perspective by seeing it as a sacred calling. Let’s ask God to identify and anoint with his Holy Spirit committed Christians who have the talent to become filmmakers, novelists, musicians, artists and new media creators. We can help them remain rooted in God’s story and support them with our prayers and finances.

Realizing the power of stories, let’s be intentional about the ones we consume and the tales we tell. With a little creativity and guidance from the Holy Spirit, we can embody God’s story and baptize more imaginations. 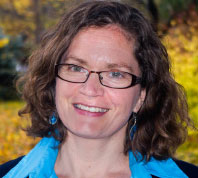 —As a promotional writer, Sandra Reimer tells true stories with the harsh edges sanded off and the colours heightened to make them more compelling. Glencairn MB Church in Kitchener, Ont., is her home church.

Where does God live?