What's New
A FOCUS on Mission
Must Patience Be So Slow?
Harold Jantz: A Heart for the Mennonite Story
Lorlie Barkman: A Life of Creative Engagement
Last Days, First Days
Women in Ministry: Bertha Dyck
January Moment in Prayer “Holy Spirit—Fill Us!”
The Church as the Patient Body of Christ
Advent: Making Much of Jesus: Christmas Day
Advent: Making Much of Jesus: Fourth Advent
Home Life & Faithfeature articles A beautiful collision

What happens when a Christian and a Muslim strike up a friendship? 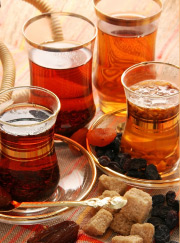 Every friendship is a collision of two stories. Sometimes the best friendships, the richest collision of stories, spring up from unexpected places. And while we can’t force these relationships, we can do our best to prepare ourselves for them.

Friendships between Muslims and Christians are blossoming across the globe. In these situations, it isn’t only two life stories that collide, but entire generational histories. Worldviews bump up against each other, words mean different things, cultures clash, and collective memories can cause rifts.

Despite these challenges, however, Muslims and Christians are finding ways to share life together.

Shared values
Islam and Christianity are the two largest faith groups in the world. They share the same Old Testament heroes, the same family values, and they both seek to cultivate lives of prayer, generosity, and patience. And yet the two communities have theological, cultural, and historical barriers between them.

Jesus sets the precedent in reaching across these walls. To Muslims, Jesus is the perfect prophet. Christians believe he is the divine, suffering Saviour. For both groups, he offers the best hope for friendship with one another. A lasting friendship with a Muslim will involve discussing the theological question: Who is Christ?

Listening is essential for making and developing relationships. Befriending someone with a vastly different story and life experience requires diligence to listen. It requires an openness to be personally challenged and changed.

It may also involve moments of potential cultural awkwardness and unpacking painful historical tensions between the two communities. But it will most certainly involve growth and stretching on both sides. Most importantly, it will require prayer and understanding.

Barriers to friendship
It’s important to be aware of barriers to friendship between Christians and Muslims. Theologically, the main differences are the Trinity and the belief that God became flesh in Jesus. These concepts are both confusing and blasphemous to Muslims. Did Allah (God) have a son with a human wife? How could Allah ever allow himself to become a man?

Culturally, misunderstanding often comes in the area of modesty and inter-gender relationships. Things such as handshaking, eye contact, and revealing clothing send the wrong message to Muslim friends. There is a huge spectrum of belief and practice within the Islamic community on these issues, so it’s usually better to let them take the lead.

Historically, Christians and Muslims have often found themselves on opposite sides of battlegrounds. The Christian-initiated Crusades to drive Muslims from the Holy Land are the most blatant wound, but many conflicts from more recent decades are viewed by Muslims in the same light. For obvious reasons, those wounds are fresher and more likely to be hotly discussed.

Many Muslims feel distressed by their global political treatment, by their portrayal in the media, and by the general way they are viewed by neighbours in Western society.

Opportunities for relationship
Fortunately, friendships between Muslims and Christians are flourishing, thanks to education, immigration, and media awareness. Both sides have the potential to be surprised by a warm greeting from the other. As this occurs, there is bound to be curiosity. Discovering how the other lives and thinks is a precious gift to explore. We don’t know how these friendships will start, but we do know that they will involve sharing meaningful stories.

As we interact with one another, we can also begin to share the greatest story ever told. Christians are increasingly surrounded by Muslims who eagerly await that process and all of the surprising discoveries that come with it.

–Church Planter X serves with the Jesus Network (www.jesusnetwork.ca), an incarnational ministry that reaches out to several different communities in the Greater Toronto Area. This article first appeared in the May 2009 issue of Salvationist.

Muslims revere prayer and are likely to accept prayer made on their behalf. Praying in their presence can be a worldview-shifting experience.

• Islam shares a huge body of stories with the Old Testament.

• Many Muslims have gained their perspective of Christians and what they represent from movies, marketing, and military presence. Meeting “normal” Christians can spark a lot of questions about the true identity of our community of faith.

• Jesus is one of the most admired prophets for Islamic people. Discussion of his teaching and stories is often a welcome start for some great conversations.

• Muslim people love to give and receive hospitality. Hospitality to Muslims should always take into account their dietary restrictions.

• Open, loving, and honest relationships are valued by Muslims and indeed by every human on the planet.