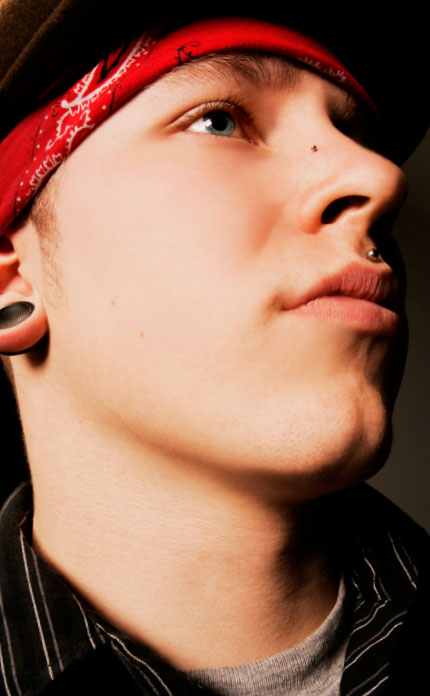 A younger son demands his inheritance, then “sets off for a distant country” – severing himself from his father’s beliefs, values, and spiritual legacy –with no intention of returning. Years later, without warning, the son returns home to the joy of his father (Luke 15:11–24).

We’re familiar with the parable of the prodigal son. Unfortunately, joyous returns do not always occur for the many parents who watch their children head off to a spiritually “distant country.” Yet, the loving father in the parable can help parents relate to their own wandering children.

From guilt to forgiveness

When prodigal children don’t return home, parents are left with deep guilt, thinking they caused the child’s yearning to leave. This guilt is a false interpretation of Proverbs 22:6. Yet, the passage says “should go” not “will,” observes Phil Waldrep in Parenting Prodigals. The parent’s role is to plant seeds of faith, not guarantee they will grow. The prodigal must choose to return home: the child-turned-adult is responsible for his or her own faith. Our loving God does not leave parents mired in self-blame, but heals guilt with the balm of forgiveness.

God’s pardon signals that parents are free – even compelled – to extend mercy to themselves, duplicating the divine compassion. When parents forgive themselves something miraculous happens. Defences for faulty parenting or assumed responsibility for a child’s decisions are no longer needed.

Forgiving self matures parents’ ability to bear, believe, hope, and endure no matter what their prodigal throws their way (1 Corinthians 13). Our heavenly Father shows parents that they still have a role in the life of their prodigal; they are still mom and dad.

From cajoling to loving

Like our heavenly Father, the father in the parable demonstrates love by allowing his child to chart his own life’s journey, not by running after his son and cajoling him to stay. In the parable, the father “had to let [his son] go in freedom, even though he knew the pain it would cost both his son and himself,” writes Henri Nouwen, in The Return of the Prodigal. “It was love itself that prevented him from keeping his son home at all costs.”

“I had to let go of all my efforts to get him to return to his faith,” said a mother of her 20-year-old prodigal son. She loved him enough to allow him to experience the consequences of his decisions, to find his own pigpen. “I had to hand him over to God.”

Writes Nouwen, “It was love itself that allowed [the father] to let his son find his own life, even with the risk of losing it.”

From “in the right” to in relationship

Parents cannot fix their wayward children, “especially the embarrassing and defiant ones (who) mess up their lives in incredible ways,” writes Waldrep. “They have financial calamities, trouble with the law, drinking and drug difficulties…. They marry people we can’t stand, and they make decisions that are foolish at best.… We feel compelled to jump in to make it right.” In their rescue attempts, parents’ coaxing and preaching often alienates their children who respond, “I don’t want your help.”

When alienation breaks the parent-child bond, parents have to choose between having a relationship and being right. In the parable, the younger son’s experience of remorse was made possible by remembering that his father would listen. “I will arise and go to my father.”

The same attitude that released the son to leave home would welcome him back. If a parent chooses relationship, when the child is ready for faith, he or she will grab on to it.

From wounded to waiting

Of course, prodigals don’t always stay away. A prodigal may bring home an unbelieving common-law partner for the weekend. Or a child who stops his addiction and professes faith may fall off the wagon, relapsing back to his addiction and old lifestyle. After a few cycles, parents are exhausted and filled with disbelief. Said one parent: “I’m tired of killing the fatted calf.”

In the parable, the father, not the servants, is the first to notice his son coming up the road. He reflects the ceaseless vigilance of waiting for the child’s return. Parents who work hard at waiting will be comforted, writes Isaiah: “Those who hope in the LORD will renew their strength. They will soar on wings like eagles; they will run and not grow weary, they will walk and not be faint” (40:31).

God instills enough energy in parents to walk and not faint from despair when the prodigal child is not in sight.

From right to wrong

The older brother, the good son, did his duty. Yet, he refuses to join the party to celebrate his younger brother’s return. He responds to his father’s encouragement with a verbal lashing of self-justification, bitterness, and condescension toward his younger brother.

The elder brother is like the Pharisees and scribes. As “tax collectors and sinners” draw near to hear Jesus tell the story, they stand aloof murmuring, “This man welcomes sinners and eats with them” (Luke 15:1–2). Jesus tells the religious righteous that the tax collectors and sinners were their younger brothers. But with insensitivity, rudeness, and theological arrogance, the Pharisees and scribes value purity of theology and a show of righteousness over God’s love.

What great irony this parable reveals. The son who does “right” by staying on the farm doing his duty is, in fact, wrong. The son who lives “wrong” ends up being honoured with the fatted calf. May parents and the church never allow concerns with theological purity to overwhelm God’s primary edict to love prodigal children (Mark 12:30).

Taking on the loving heart of the heavenly Father is the central message of the parable. For years, even decades, as the prodigal child gambles away opportunity, parents pray out of deep brokenness: Lord Jesus, if there is a spark of hope, however small, in my child’s heart, fan it into the flame of salvation and bring my child out of hell, home to his compassionate
heavenly Father.

An old Jewish proverb offers encouragement: “God is closest to those with broken hearts.” In eternity, when these parents meet Jesus face-to-face, the one who also lost so many of his children will embrace them and say, “I understand.”

—David Ortis is a member of Bakerview MB Church, Abbotsford, B.C., and a former pastor.

The children in our midst

I’ve been thinking about baby dedication…

[…] Thought this was a good article on the subject, by David Ortis: When Prodigal Children Don’t Return Home. […]