What's New
Through the conflict, life carries on in Ukraine
A FOCUS on Mission
Must Patience Be So Slow?
Harold Jantz: A Heart for the Mennonite Story
Lorlie Barkman: A Life of Creative Engagement
Last Days, First Days
Women in Ministry: Bertha Dyck
January Moment in Prayer “Holy Spirit—Fill Us!”
The Church as the Patient Body of Christ
Advent: Making Much of Jesus: Christmas Day
Home PeopleAppointments August Transitions 2013 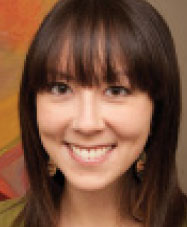 Janessa Giesbrecht began as pastor of youth and college & career at Fort Garry MB, Winnipeg, June 18. A volunteer youth leader at Fort Garry for the past 8 years, she previously worked with MCC Canada’s Global Family program. She has a BA in international development studies, and is pursuing an MA at Canadian Mennonite University. Janessa is married to Andrew. 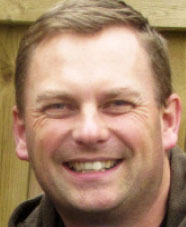 After serving 10 years (July 2003–June 2013) as youth and young adults pastor at Fort Garry MB, Joel Toews is moving into a new role as missional pastor Sept. 1. He will provide leadership for a missional church-daughtering venture which Fort Garry is launching with a one-year trial period. Joel will focus on educating the congregation, and discerning, training, and sending a team into the city of Winnipeg to live on mission, sacrificing for the sake of the gospel and building the kingdom. Joel and Colleen have 2 sons.

Bill Stubbs preached his last sermon before retirement at Glencairn MB, Kitchener, Ont., this June. Over the last 12 years, he served the congregation first as associate, then lead pastor. He is currently enjoying a few months of vacation before considering transition/interim pastoral positions.

Mike Nishi concluded 5 years as lead pastor at South Hill Church, Vancouver, July 14. The elders decided change and fresh direction was needed, and on June 16, the church voted to close on July 14. A new C2C Network plant, Christ City, will launch in September in the same building. Mike looks toward God’s next calling.

Aug. 31, Canadian conference executive director Willy Reimer concludes his ministry as lead pastor at SunWest Christian Fellowship, Calgary. After his appointment to CCMBC in 2011, Willy had continued to serve in the pulpit and be involved with leadership at SunWest, the church he and his wife Gwen planted in 1994.

Paul Robinson resigned in April after 6 years at Port Rowan (Ont.) MB, 5 as senior pastor and 1 as pastor of care and connecting. He is seeking further opportunities for part-time and/or transitional interim ministry, as God leads.