What's New
How sweet the sound
One MCC Thrift Store Began With a Few...
A Hunger for Conversation
Getting the mental and emotional rest you need...
The Patience of God
2023 Spirit of MDS Fund accepting grant applications
October 2022 update from the CCMBC Executive Board
Arnold Community Church hosts block party to thank...
When Spring returns
An autumn reset
Home News Real women. Real community. Real change.

Is life worth living? The question weighed on Laurie Gibson. Abused in many ways, she described her life as “scared and dark.” Her counsellor suggested she attend women4women, a drop-in group that met at Westview Christian Fellowship (WCF). Fearful, she circled the block three times before returning defeated to her counsellor.

Encouraged to try again, she entered the doorway this time and came face-to-face with people who cared.

“They treated me like a friend,” she says, “even though no one knew me or my story.”

Fast-forward four years. No longer in counselling, Gibson works quarter-time at what is now called Westview centre4women (WC4W) as a community researcher. She seeks out available community resources and presents them to the women.

“God found me. They loved me” 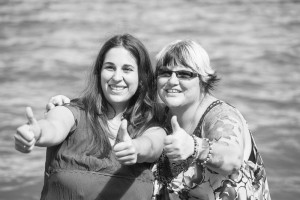 “I have Westview to thank for my life,” says Gibson. “I am no longer suicidal. This place has changed the way I think and I now want to live the best way I can. God found me. I am no longer afraid.”

Gibson not only transitioned from WC4W patron to staff member, but also became a participating member of WCF.

When she shared her story in front of the church, “Not one person looked at me odd,” says Gibson. “When I confessed my struggles, not one person from the congregation looked down on me. They loved me.”

Encouraged to seek God at her own pace, Gibson soon found in God everything she had been longing for in an earthly daddy.

WC4W provided Gibson with tools to survive, but also to grow, learn and thrive. The inexpensive pantry and clothing closet met her basic needs. And she found the support she craved in WC4W’s sharing circle. “There was no judgment here,” Gibson says. It had such an impact that her outside counselling ceased.

It’s hard to draw a line where WCF ends and WC4W begins, says WC4W executive director and WCF outreach pastor, Erika Klassen. “It’s like trying to say how much of your time is parenting and how much is being a wife – there’s a lot of overlap; lines between the women’s ministry and church ministry are disappearing.

“It is a great relief to know that God loves our women more than we know, and he will find a way to draw them towards his love, if we are faithful to be his hands and feet and provide a safe, non-judgmental environment.”

Some of the women find a home at WCF, but help is available to all, not only Christians.

“Erika has found a crack in our society of forgotten women,” says Grace Black, United Church Women president from Elm Street United Church, a WC4W partner that provides Christmas gifts for the centre’s patrons. “Through her dedication and passion, she is making a big difference.” 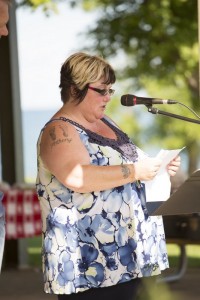 Jane LaVacca, WC4W program director, first attended women4women as a guest and began volunteering. She moved into a paid leadership role and has secured program funding through the Niagara Prosperity Initiative and, beginning in July 2015, The United Way.

WC4W, once known as women4women (2007) and survival4women (2012), morphed from the original one-day-a-week drop-in into lunch, programs, workshops and special events spread over three days a week. The centre is in constant need of donated clothing, linens, dishes, etc. WC4W staff and volunteers can also help women find a safe, clean place to live.

“God is amazing. He is making this happen,” says LaVacca.

Stacey Weeks is a freelance writer from Brantford, Ont.

“We provide in ways that allow patrons to keep their dignity,” says Jane LaVacca, program director. “Prices are a suggested donation, lowered to suit needs.”

Women “come back to life”

Women at Westview reach out

Women “come back to life”

Women at Westview reach out