What's New
MWC Assembly small but full of joy
Bad back doesn’t hold back MDS volunteer
Transition in CCMBC National Faith and Life Leadership
Leading through the trauma of covid: Part three...
The church distracted: When the main thing is...
Remote wilderness rescue turns into service with MDS...
How open is your mind?
Following Jesus together across barriers
2022 National Faith & Life report to the...
CCMBC 2022 national assembly summary
Home Roderick Campbell (Cam) Murdoch 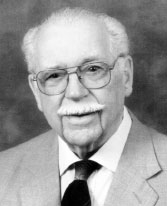 When Cam was 6, he lost his father in an industrial accident. His mother encouraged Cam to turn to God. At 12, he committed his life to Christ and missionary service. He felt called to New Guinea. Cam attended Moody Bible Institute, Chicago, where he met Lois. During WWII, Cam served the medical corps near the front lines in France and Holland. He received 2 medals for bravery. When was home for training, he married Lois, and peace was declared. Cam trained in aviation and linguistics. He became an evangelist, piloting a small plane, living with aboriginals in California and Arizona. Unable to obtain visas for New Guinea, Cam and Lois worked with Gospel Recordings in Los Angeles. In 1968, they moved to B.C. to serve First Nations through Bible clubs and studies. Cam served Shantymen’s Christian Association until retirement. He mourned Lois, son David, and daughter Karen. His last years were enlivened by marriage to Maureen Carlson. Cam’s poetry was set to music and sung by Clearbrook MB Church’s chancel choir. He was a member of the evangelism committee while health permitted.