What's New
6 reasons to attend the MWC Global Assembly...
One too many
Just one more
A safe place in Winnipleg
When the sent are sent away
Leading through the trauma of covid: part one...
Church of Lithuania supports Ukraine Christians
A mennonite heart for refugees
A great time for building relationships
Multiply announces new General Director
Home News New Hope for new building

“Once, you and I were the mission,” said New Hope worship pastor, Mandy Kasper at the ONMB special meeting Nov. 15. “Someone else went out and brought us home. Now that’s our call – together.” 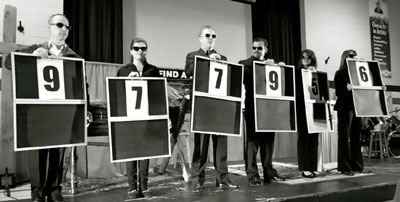 New Hope Church Niagara, Jordan, Ont., commemorated their 10-year anniversary in December 2012. But tremendous rejoicing happened one month prior when leadership revealed the church had raised nearly one million dollars in cash and pledges toward construction of a church building.

With New Hope bursting at the seams with new believers, re-engaged Christians, and people exploring faith, ministry leaders expressed a desire for a church building that accommodates their needs. New Hopes activities are currently conducted in multiple rented facilities. The youth meet in three different locations, creating obstacles for parents. At times, New Hope has scrambled for an alternate location with only a moment’s notice of rental cancellation.

The fundraising project had an extra challenge: new believers “haven’t been brought up giving to the church,” she said. The leadership wondered how to inspire the congregation to the kind of sacrificial giving required to erect a building on that land.

Lead pastor Thom Braun called the congregation to pray, listen, and obey God. “Thom told me that our place was not to ask for money from members. Our role was to ask them to pray,” says Christina Jansen, administrator of the campaign. The pastoral team, elders, and ministry leaders taught on generosity, faithfulness, sacrifice, and trust, calling the entire congregation to a deeper level of devotion – to the Father, and to each other.

Ministry Advantage founder Russ Olmon (a friend of Braun’s and an expert in giving campaigns) counselled New Hope leaders to set a goal of 1.5 times the annual budget.

“That would barely purchase sewers and a parking lot!” said Kasper. Leadership picked different numbers: “victory goal” of $500,000 (sewers, a parking lot, one tree and a curb); “challenge goal” of $750,000 (enough to construct a “bare bones” building). Finally, “as people of faith, we threw out one additional number called ‘the miracle goal’ of $1-million,” said Kasper. “That would construct a decent building with a manageable mortgage.”

The shocking anniversary gift arrived Nov. 4. In a Deal or No Deal game-show-style presentation, leaders opened the final briefcase to reveal the congregation had given $985,316 – more than three times the annual budget in cash and pledges.

“I’ve been attending New Hope for six years; I never doubted we would reach our goal. God has always provided,” says Jansen.