What's New
A FOCUS on Mission
Must Patience Be So Slow?
Harold Jantz: A Heart for the Mennonite Story
Lorlie Barkman: A Life of Creative Engagement
Last Days, First Days
Women in Ministry: Bertha Dyck
January Moment in Prayer “Holy Spirit—Fill Us!”
The Church as the Patient Body of Christ
Advent: Making Much of Jesus: Christmas Day
Advent: Making Much of Jesus: Fourth Advent
Home News Multiply July Ukraine updates 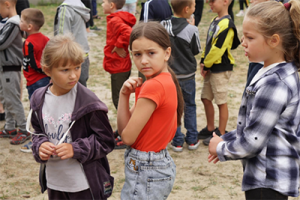 MB pastor Oleksii reports on how the war has disrupted their usual summer camp ministries. With Molochansk now being occupied territory, holding a camp there was impossible. However, as young people and families with children have been evacuated to a safer location, opportunities to run camps in western Ukraine opened up. He writes, “Last week we were able to minister to over 130 children – displaced children whose homes are in the occupied territory or in the war zone, children whose parents are fighting at the front lines, and just local children as well. They were all united by the hope that the war would end, that long-awaited peace would follow, and that they and their parents could go home together. Pray for these children, that their childhood dreams will come true. Pray for peace in Ukraine.” 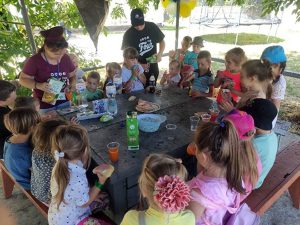 The MB church of Nikolay-Pole, in the Zaporizhzhya region, has been able to host a children’s summer camp, which they called “Your Choice”. Fifty-three children have attended the camp, half of whom are refugees from the occupied territories of Zaporizhzhia and the Donetsk regions. The camp program includes a Bible lesson, fun workshops, a delicious lunch, and various outdoor sports activities. Church volunteers are asking us to pray that the living Word of God will work in the hearts of these children. 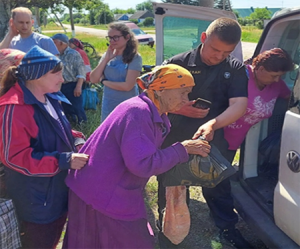 MB pastor Sergei of the New Hope Church in Zaporizhzhya reports that they continue to work in the frontline zones, where they have already helped evacuate more than 4000 people back to the relative safety of Zaporizhzhia. There, the New Hope Center has created a warm and welcoming refuge to house them. Many arrive with nothing but the shirts on their backs, having spent two or more months in bomb shelters. 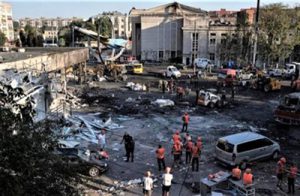 Every day since the war began, Max and Anya Oliferovski and their team of volunteers – including psychologists – cook for, feed, house and minister to complete strangers who are shell-shocked and traumatized. Volunteers continue to do this even while their own homes and lives are in danger. The New Hope team write, “Every new day brings sounds of sirens, rockets that destroy houses and take away lives. At night we are not allowed to turn on the lights, and must stay at home. Most of our faces look exhausted and tired. May war not become something ordinary. We need to stay strong in our prayers. And not lose our true Hope.” 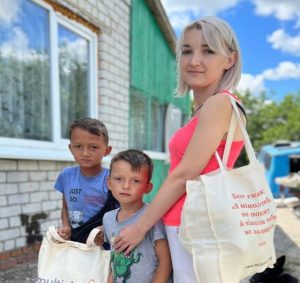 Pastor Alexsei of Berdyansk has been living and serving in Vinnytsia with his family since they were forced to flee their home in eastern Ukraine which was taken over by Russians. Recently, at least twenty-three people were killed in a midday missile attack, despite the city being hundreds of kilometers from the front-line. “Many of our leaders and church members have been forced out of their homes, yet they do not stop helping others. Every week we give out seventy or more family food packages, and part of the team continues active service in Vinnytsia, giving out food, hygiene products, clothing and more. But the most important thing that we give is hope, something which is very much missing, as we know from our own experience. Some people have begun to attend the church and learn about Jesus. They tell stories about how they have literally escaped death and believe that God is giving them another chance.” 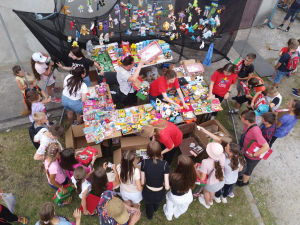 MB pastor Oleksii in Dnipro reports that summer camps, although dramatically restricted, are still going forward this year, ministering to children and families in crisis and sharing the hope of the Gospel. Camps will not take place in high-risk regions where churches are already doing extensive relief work with evacuation, humanitarian assistance, psychological and spiritual support. However, small teams from MB churches in the cities of Molochansk, Dnipro, Zaporizhzhya and elsewhere are being sent to western Ukraine to partner with churches that have a large number of refugees, children of those serving in the military, and local families. Right now, the first of three anticipated camps is taking place in the city of Novoyavorivsk (Lviv region). Another is shortly to take place in the Carpathian mountains and in the village of Lybohora (Lviv region). 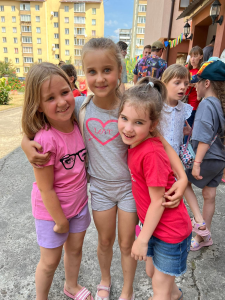 Kateryna Oliferovska (daughter to Maxym and Anya of the New Hope Center in Zaporizhzhya) will be volunteering at a summer camp in the Khmelnistkiy region (unoccupied as yet). She writes, “It’s time to share about God’s mercy. I came to Germany in the middle of January, not knowing that I would stay here for six months instead of my planned month-and-a-half. One of the reasons I went to Germany was to take a break from my New Hope Center work with kids, and to find out what God wants from me. But children have been following me everywhere! I ended up doing almost the same work at the German elementary school as I did in Ukraine. During this time I have realized how much I want to help Ukrainian kids to have a life full of peace, hope and joy. I want to use my knowledge to restore the broken. When I heard about an opportunity to serve at summer camps, I didn’t have any doubts. Incredibly, God made a way for me!” Donations towards these summer camps can be made at www.multiply.net/project/ukrainian-mb-summer-camp-ministry.

In Lithuania, MB churches have continued to coordinate humanitarian aid trips to Ukraine. On the fifth trip, cash and food supplies were taken in three vans from Vilnius to the city of Lublin in Poland, to be used for Ukraine relief work. From there, the teams crossed into Ukraine and unloaded more supplies at a warehouse in the western Ukrainian province of Zakarpattia. While the flow of refugees being transported out of Ukraine and into Lithuania has slowed, a 17-year-old girl from Mariupol was brought across the Slovakian border. Lithuanian MB pastor Arturas Rulinskas and others express their thanks to all who are contributing to this cause, both financially and in prayer.

Ukrainian journalist Oleg Sheykevych writes of the recent attacks in Odessa: “Most people have the illusion that the tragedy of war is somewhere out there – and that it will not touch us. Until the awareness of the calamity comes with the calamity itself, and the missiles hit closer to home. The Illusion of safety is dangerous.” Pray for those who lost loved ones in this attack, and for those facing intensified battle in the Donbas as Russian troops push into the eastern city of Slovyansk. 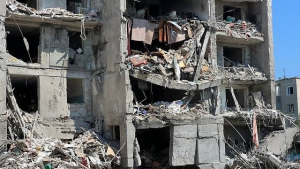