Les Riediger began as pastor at Gem (Alta.) MB Church Sept. 16, 2014. He has an MA in theology from MBBS, Fresno, Cal., and has served MB churches across Western Canada in a variety of pastoral capacities, most recently as associate pastor at McIvor Avenue MB, Winnipeg, 2012–2014. Les and Marilyn have 2 adult daughters. 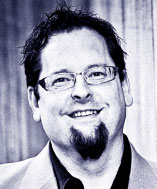 SunWest Christian Fellowship welcomed Mark Griffin as lead pastor Mar. 1, 2015. Mark has been in ministry for 28 years, travelling, speaking, pastoring, training leaders, helping plant churches and doing missions. For the last four years, he and his wife Tammy ran a leadership/church planter training centre in Germany, which was handed off to national leaders in summer 2014. Mark and Tammy have 4 children.

Ray Klassen will retire from active vocational ministry in summer 2015. While serving with the Navigators, he planted La Salle (Man.) Community Fellowship in 1995. He served as director of Missions and Church Extension for the Manitoba MB conference from 1998–2005, then returned to pastor La Salle in a full-time capacity.

Founding church planter Mary Reimer will retire from ministry at FaithWorks Church, Winnipeg, in June 2015. Mary left a teaching career to serve as an intern and then associate pastor at Fort Garry MB Church, Winnipeg, from 1997–2002 before co-planting FaithWorks in fall 2002.