What's New
Through the conflict, life carries on in Ukraine
A FOCUS on Mission
Must Patience Be So Slow?
Harold Jantz: A Heart for the Mennonite Story
Lorlie Barkman: A Life of Creative Engagement
Last Days, First Days
Women in Ministry: Bertha Dyck
January Moment in Prayer “Holy Spirit—Fill Us!”
The Church as the Patient Body of Christ
Advent: Making Much of Jesus: Christmas Day
Home Life & Faithfeature articles Keeping Jesus in the conversation

Keeping Jesus in the conversation 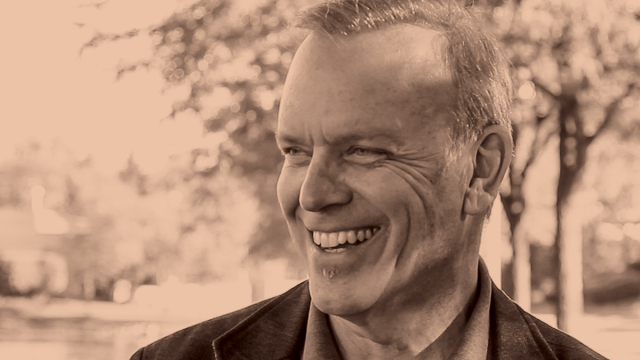 How to best engage in tough talk

Vaccinations. Politics. LGBTQ+. Views of the Bible. These are some of the issues dividing Christians—including Mennonite Brethren—today.

The temptation, says David Fitch, is to see the other side as the enemy and to divide into antagonistic sides.

“We need to listen to one another and engage charitably with others’ positions,” says Fitch, keynote speaker at the Equip Mini 2021: Engaging in Healthy Conversations Around Difficult Topics in the Church, the November 19-20 event for pastors and church leaders.

The goal, he says, should be to “lean in with a posture of humility, expecting that the Spirit has something to teach us. We may not always agree on everything, but we trust that the Spirit will give guidance.”

Born in Owen Sound, Ontario, and raised in Hamilton—he’s a bit Tiger Cats fan—Fitch is the B. R. Lindner Chair of Evangelical Theology at Northern Seminary Chicago, IL and founding pastor of Life on the Vine Christian Community, a missional church in a suburb of that city.

When Christians are faced with challenging issues, he says, they should find a way to talk about them.

It should be done in a way “where Jesus is the centre and is bringing us clarity and goodness and also challenge and transformation amongst the hurts, the pains and the conflicts,” he says.

One of the best ways to do this is through what he calls the “social sacrament”—eating together.

“That was one of Christ’s ways to listen, having a meal with the most despised person in the culture,” he says. “He would eat and spend time with the hurting and wounded. When we do that, Christ promises to be present among us.”

He knows it won’t always be easy; nobody likes conflict.

But “conflict is an opportunity for Jesus to work, to move us toward the future,” Fitch says, adding when Christians “listen and hear each other, they can see the power and presence of Christ, how he works to reshape our imagination, heal wounds and restore relationships.”

Key to this is how people approach challenging issues.

“Sometimes we want to declare who is right and who is wrong before any conversations have even happened,” he says.

Christians also need to evaluate how they use the Bible when there is conflict.

“We need to read the Bible together, not use it as a blunt instrument to win an argument,” he says.

At the same time this is taking place, the church is finding itself in the context of wider shifts in culture in North America that have occurred over the past 50 or so years.

For a long time, Christians were used to “being in power, being respected, not being challenged,” he says. “But the rug has completely been pulled out from under our feet.”

That included having the larger culture reflect their beliefs and values, he says, noting there was a time in the U.S. and Canada when the church “enforced Christian morality on TV, movies, music, medicine, education, and politics.”

That’s not the case today; for many older Christians, this has led to anxiety and uncertainty. “It’s a foreign world for them,” he says.

But for their children and grandchildren who grew up in this new world, this is their reality—and it is leading to conflict and misunderstanding.

“Younger Christians were raised in a different culture, they have a different framework,” he says of how older and younger people often see issues differently.

When church leaders won’t allow discussion about issues that concern younger people, or that are settled for them—things like LGBTQ+ or social justice—they can become “disillusioned and walk away from the church,” he says.

For Fitch, that would be a huge loss. What’s needed, he says, are leaders who will listen and help the church through the various challenges and conflicts.

Fortunately, he says, those leaders are emerging.

“There are new leaders asking how we can follow Jesus in a whole way of life that engages the world,” he says. “That’s the future of the church.”

Cost of Equip, which is sponsored by the Canadian Conference of Mennonite Brethren Churches, is $39. For more information, or to register, visit  equip.mennonitebrethren.ca

Thanks John for highlighting these important issues in our current context. Its a helpful article for all (laypersons too) who wish to see the church remain responsive, relevant and prophetic in our world today.