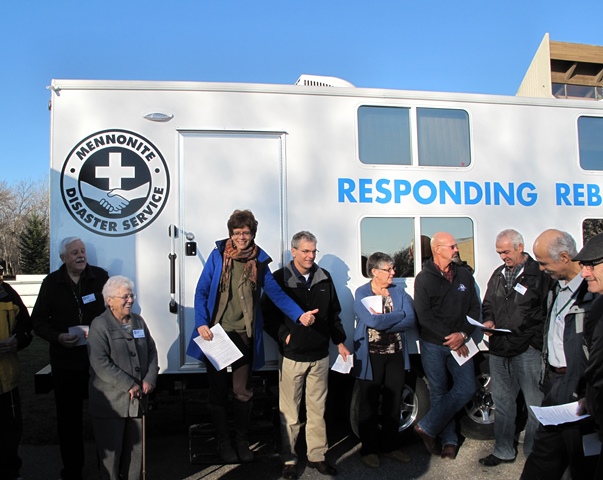 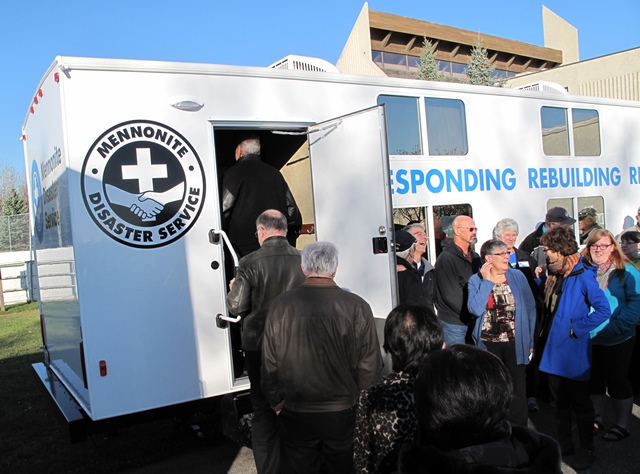 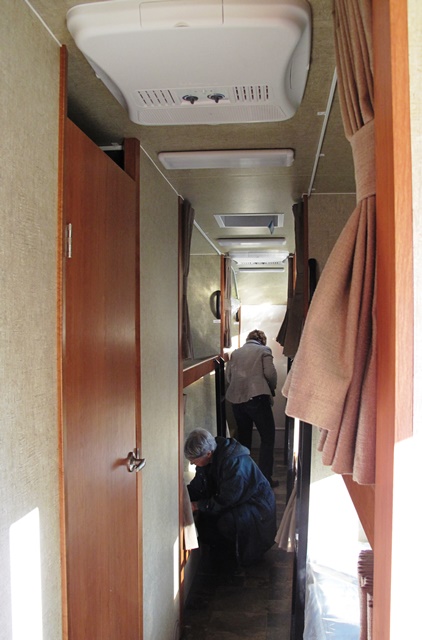 Permission for graffiti: supporters were invited to write their name and words of blessing underneath the bunks of the new Mennonite Disaster Service﻿ sleeping trailer.

Triple E Recreational Vehicles in Winkler made it possible for Mennonite Disaster Service to acquire two custom-built 10-bunk sleeping trailers for just under $30,000. These trailers (which are climate-controlled for winter and summer, and contain bathrooms) will allow MDS to respond more quickly to disasters.

As the trailer enters towns “where hope is hard to find,” MDS executive director Kevin King hopes it will “be a beacon of hope.”

“God, you have called us to respond in Christian love to those affected by disasters,” prayed MDS board and staff in a litany of blessing over the bunk trailer. “We dedicate them to the building of your kingdom.”

MDS’s main focus is on cleanup, repair, and rebuilding homes after disasters, especially for those with fewer resources. They are currently “on the cusp” of setting up a camp in High River, Alta., for long-term rebuilding from the massive flooding in June 2013. MDS is working with the town authorities and four other NGOs to “come alongside” and respond where needed, says Plenert.

MDS also facilitates youth summer projects, often to build camp cabins. The first-ever family-build project at Camp Evergreen, Sundre, Alta., in 2013, “surpassed expectations” of what can be accomplished with children on the work team, says Plenert. Regardless of skill level, there is a place for volunteers to use their gifts, says Plenert: “We put people to work.”