What's New
Through the conflict, life carries on in Ukraine
A FOCUS on Mission
Must Patience Be So Slow?
Harold Jantz: A Heart for the Mennonite Story
Lorlie Barkman: A Life of Creative Engagement
Last Days, First Days
Women in Ministry: Bertha Dyck
January Moment in Prayer “Holy Spirit—Fill Us!”
The Church as the Patient Body of Christ
Advent: Making Much of Jesus: Christmas Day
Home William (Bill) Bernard Redekop 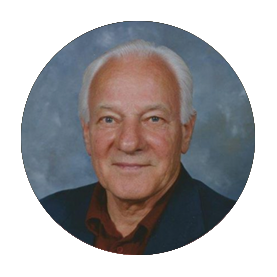 Bill was known for being a teacher, a thinker, a world traveller, and a lifelong learner. Always one to choose the scenic route, Bill enjoyed his journeys and the company of those who shared them, particularly if there were good conversations along the way. The second of 7 children, Bill (or Willy, as he was also known) grew up in Sardis and on the family acreage in Aldergrove, B.C. He graduated from Mennonite Educational Institute, Abbotsford, B.C., and attended Mennonite Brethren Bible College, Winnipeg, where he met Junko. After graduating from Waterloo (Ont.) Lutheran College, Bill moved to Japan. There, he and Junko married before returning to Canada. Bill taught in Prince George, B.C., and completed his masters degree at University of British Columbia. Bill and Junko settled in North Vancouver where Bill taught social studies and geography at Argyle Secondary School. Following early retirement in 1985, Bill took a teaching position at Aichi Gakuin University in Nagoya, Japan, until his full retirement in 1998. Shortly after his diagnosis with bladder cancer, Bill died peacefully at home.