What's New
A FOCUS on Mission
Must Patience Be So Slow?
Harold Jantz: A Heart for the Mennonite Story
Lorlie Barkman: A Life of Creative Engagement
Last Days, First Days
Women in Ministry: Bertha Dyck
January Moment in Prayer “Holy Spirit—Fill Us!”
The Church as the Patient Body of Christ
Advent: Making Much of Jesus: Christmas Day
Advent: Making Much of Jesus: Fourth Advent
Home Willi Matz 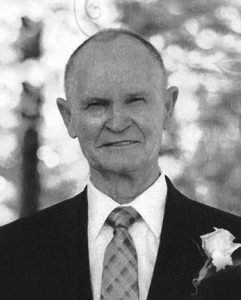 In 1944, Willi’s family fled to Germany. Willi survived typhus. The family wandering 2 years until arriving at an MCC refugee camp in Berlin. After 4 month, they boarded a ship to Heimstaette, Neuland Colony, Paraguay. Life was difficult. In 1956, they settled in Wesel, Germany, and in 1958, moved to Canada. Willi dedicated his life to the Lord at an evangelistic meeting. The family moved to Winnipeg in 1961. Willi began working as a contractor in Ontario in 1964. This led him and his brother to start their own construction company. In 1972, Willi and Kaethi moved to B.C. Family time was important to him. As Kaethi’s eyesight deteriorated, Willi assisted her more and more. After she died of cancer, he immersed himself in helping others. He volunteered for Fraser Valley Gleaners. When Willi married Hildy, he gained a whole family. He was always happy to help, as he was doing when he had the accident that led to his death. Willi prayed ceaselessly for his children and grandchildren.