What's New
Through the conflict, life carries on in Ukraine
A FOCUS on Mission
Must Patience Be So Slow?
Harold Jantz: A Heart for the Mennonite Story
Lorlie Barkman: A Life of Creative Engagement
Last Days, First Days
Women in Ministry: Bertha Dyck
January Moment in Prayer “Holy Spirit—Fill Us!”
The Church as the Patient Body of Christ
Advent: Making Much of Jesus: Christmas Day
Home Walter Rennert 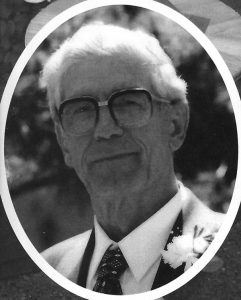 Walter’s Grade 6 teacher said he didn’t need further education because he was expected to become a farmer; Walter, however, never stopped learning. He read on theology, creation and science and learned to speak 6 languages. When the Germans occupied their village, Walter’s father made the family memorize an address in Germany in case they became separated. Walter was conscripted at 16. His father was arrested by the Russian government and never seen again. The rest of the family reunited in Germany, thanks to their father’s foresight. In 1948, they immigrated to Paraguay on the Charlton Monarch. In 1952, Walter fell in love with a nurse named Irene. Walter graduated from Elim Bibelschule, then worked in a leprosy clinic. He helped establish churches and schools among the Nivaclé people in Paraguay. A quiet thinker, Walter became impassioned and eloquent in the pulpit. After moving to Vancouver in 1967, Walter worked as a carpenter and volunteered as a preacher at Culloden Church and King Road. He enjoyed remodelling his home, gardening and caring for his family. In 2008, Walter returned to Paraguay and found the Nivaclé church he had mentored flourishing in its third generation. He prayed for them daily. Walter faced challenges with contentment, patience and gratitude to God.