What's New
Multiply September Ukraine Updates
Volunteers in B.C. honour Leamington woman tragically killed...
Delete or not to delete, that is the...
Believers bring water for drought baptism
Encouragement to those in the arena
Keeping attention and making an impact: A few...
Open hands to reconciliation
From the editor
Approaching truth and reconciliation with love in our...
MB Seminary offers new MA in Transformational Leadership...
Home Waldo (Wally) Arnold Sawatzky 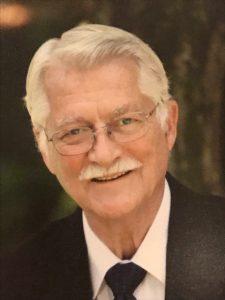 Wally grew up with two older and two younger sisters. He attended Coaldale Bible School before the family moved to Edmonton in 1957. His parents founded a home church that became Lendrum MB Church in 1962. There Wally was actively involved, including preaching the occasional sermon. Wally attended University of Alberta, working at a service station and as an orderly at the University of Alberta hospital to pay his way. At the hospital, he met and started dating Velma Lundgren, who was working there as an LPN. Four years later they married. Wally graduated with his bachelor of education that year and began teaching. In 1969, he completed his master of administration. Wally and Velma raised three children, Cheryll, Wendy, and Cameron. The family moved to Abbotsford, B.C., in 1979, when Wally became principal of Mennonite Educational Institute (MEI). At South Abbotsford MB Church, Wally served on the pulpit committee, sang in the choir, and preached occasionally. Wally served as board secretary to Federation of Independent School Associations in 1981–82 and as board president 1983–88. In June 1991, he stepped back from being principal, staying on as Grade 11 and 12 English teacher until his retirement in 2000. Wally and Velma moved to Pender Island, B.C., in 2000. They met many dear friends and joined Pender Island Community Church. Both before and after retiring, Wally enjoyed marking English provincial exams and doing the occasional independent school inspection for the Ministry of Education. Playing disc golf, hiking Oak Bluff, and developing his woodworking skills filled his days. He enjoyed working part-time at Poet’s Cove doing repairs and building projects. In 2016, Wally and Velma moved to Pitt Meadows, B.C. and began attending Eagle Ridge Bible Fellowship Church in Coquitlam, B.C., where Wally served as a board member. Wally continued to be a guest speaker at Pender Island Church. Renovations, cribbage, and puzzles were hobbies Wally and Velma shared. Peacefully at Eagle Ridge Hospital, Wally died of complications from Sjögren’s Syndrome.