What's New
Through the conflict, life carries on in Ukraine
A FOCUS on Mission
Must Patience Be So Slow?
Harold Jantz: A Heart for the Mennonite Story
Lorlie Barkman: A Life of Creative Engagement
Last Days, First Days
Women in Ministry: Bertha Dyck
January Moment in Prayer “Holy Spirit—Fill Us!”
The Church as the Patient Body of Christ
Advent: Making Much of Jesus: Christmas Day
Home Waldo Fast 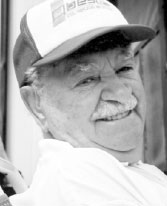 When he was 5, Waldo’s family immigrated to Canada, settling first in the Qu’Appelle Valley, Sask., then in Niverville, Man. In 1941, Waldo’s father died. Waldo was baptized on his confession of faith before leaving for alternative service. Upon his return, he took on the responsibility of caring for the young Fast family. Waldo worked hard on the farm, sacrificing his dream of an education so his siblings could continue theirs. At 29, he had the opportunity to complete Grade 12 at MB Collegiate Institute. In Winnipeg, Waldo worked at Swift’s packing plant. Waldo was gifted with numbers. After Swift’s closed, he worked for Revenue Canada until retiring at age 73. Waldo loved his garden, tending it until he was 89. He was an honest, humble man who put others’ needs before his own.