What's New
Through the conflict, life carries on in Ukraine
A FOCUS on Mission
Must Patience Be So Slow?
Harold Jantz: A Heart for the Mennonite Story
Lorlie Barkman: A Life of Creative Engagement
Last Days, First Days
Women in Ministry: Bertha Dyck
January Moment in Prayer “Holy Spirit—Fill Us!”
The Church as the Patient Body of Christ
Advent: Making Much of Jesus: Christmas Day
Home Victor Loewen 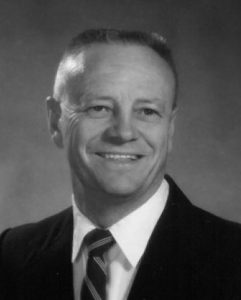 Victor’s parents were in danger for sharing their faith. The times their Bible came out of hiding became special memories. The Germans occupied their village. Victor’s father was conscripted. Victor and his mother fled to refugee camps, enduring hunger and frostbite. After the war, the family reunited and immigrating to Canada. Victor’s parents became dorm parents at Eden Christian College in Ontario. With no English, at 14, Victor found himself in Grade 2, but he learned quickly and joined his peers. He loved hockey, soccer and softball. After graduation and 6 weeks of teacher training, Victor taught Grades 7 and 8 in Barrie, Ont. Eden classmate Marian also moved north to teach. Love eventually blossomed, and Victor and Marian started their life together in Virgil, where Victor became principal at 27. After graduating from MB Bible College, Winnipeg, in 1967, he accepted a teaching assignment at Eden. He taught faith by living it. Victor regularly spoke at Orchard Park Bible Church. For 15 years, he led weekly Bible studies where young people could ask difficult questions. For 20 years, during summer breaks, he ran the Brookside Aluminum siding/renovation company, where many teens gained valuable skills. Victor would wake early to plow snow from every driveway in the neighbourhood. For the last decade, he faced many illnesses and injuries; witnesses marvelled at his grace, courage and faith.