What's New
A FOCUS on Mission
Must Patience Be So Slow?
Harold Jantz: A Heart for the Mennonite Story
Lorlie Barkman: A Life of Creative Engagement
Last Days, First Days
Women in Ministry: Bertha Dyck
January Moment in Prayer “Holy Spirit—Fill Us!”
The Church as the Patient Body of Christ
Advent: Making Much of Jesus: Christmas Day
Advent: Making Much of Jesus: Fourth Advent
Home Stanley Leander Priebe 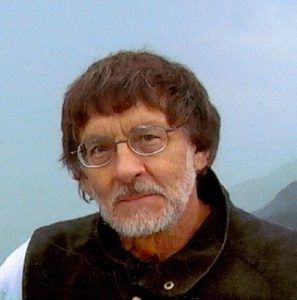 Stan was born in a hospital to be closer to his mother – at least that’s what he would always say. He married the love of his life, Marcella, in Saskatoon, where they lived, loved, and laughed. They later moved to Calgary and finally to Kelowna, B.C. Stan worked at Palliser Furniture and gave his heart to the MB church – he created a generation of brilliant leaders through his work in Boys Brigade. Known for his wit and wisdom, Stan described himself as “tall, dark, and you can’t have everything.” Marcella said it took her 2 years of marriage before she realized he wasn’t perfect! Stan loved the outdoors, especially flowers, for which his daughters were grateful: the only rests during hikes together were when he stopped to find the right light to capture a tiny blue flower on film. (However, flowers were also the reason most hikes went off course.) Stan’s goal was to provide for his family, a goal he more than accomplished, leaving a legacy of grace, humour, and well-made sofas.