What's New
Through the conflict, life carries on in Ukraine
A FOCUS on Mission
Must Patience Be So Slow?
Harold Jantz: A Heart for the Mennonite Story
Lorlie Barkman: A Life of Creative Engagement
Last Days, First Days
Women in Ministry: Bertha Dyck
January Moment in Prayer “Holy Spirit—Fill Us!”
The Church as the Patient Body of Christ
Advent: Making Much of Jesus: Christmas Day
Home Senon Sauder 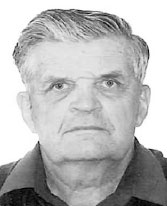 Senon lost his father at age 6, his home was burned to the ground, and he was forced to work on farms as a slave labourer. His mother spent nearly 3 years in a Russian concentration camp, and Senon was only able to attend school for 4 grades. At 16, he immigrated to Canada, where he provided for his mother, sister, and grandma, working in a lumber camp; at Banff Springs Hotel, Alta., crafting stonework; and for 13 years at a battery factory in Calgary. Senon struggled to reconcile a loving God with the trauma of war. After responding to an altar call, he gave up bad habits and dedicated his life to service. His favorite Bible verse was 2 Corinthians 5:17. Senon met Hulda at her sisters’ double wedding. At her encouragement, he returned to school and graduated from SAIT in Calgary with a sheet metal diploma. He ran his own heating and air conditioning business in Calgary, 1974–1994. Senon enjoyed fishing, cooking, camping, and raising canaries, horses, dogs, cats, and mason bees. Over his 30 years at Highland MB Church, Calgary, Senon served the MCC and Sunday school committees, taught Sunday school and boys’ clubs, and sang in choirs. Shaped by his own immigration experience, Senon reached out to Cambodian newcomers with compassion.