What's New
Through the conflict, life carries on in Ukraine
A FOCUS on Mission
Must Patience Be So Slow?
Harold Jantz: A Heart for the Mennonite Story
Lorlie Barkman: A Life of Creative Engagement
Last Days, First Days
Women in Ministry: Bertha Dyck
January Moment in Prayer “Holy Spirit—Fill Us!”
The Church as the Patient Body of Christ
Advent: Making Much of Jesus: Christmas Day
Home Samuel John Buhler 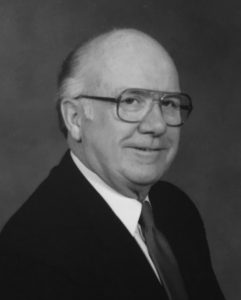 Sam attended Mountain Lake school and Tabor Bible School, Dalmeny. He accepted Jesus as Saviour at the July 1941 Hooge Revival Meetings. Sam and Grace lived 2 years in Mennon, buying grain for National Grain. In 1952, they moved back to a little house on the family farm, and worked with his dad. Sam and Grace moved to Dalmeny in 1955 to farm on their own. Sam also drove truck 7 years for Mandtler’s Transport and Palm Dairies. In 1970, they purchased the home farm. Sam loved farming. They retired in 1991 and bought a townhouse in 1995. Here they remained until Grace’s death in 2006. Sam served on church committees and the Spruce Manor board. One of his favourite things was singing, both solo and with choirs and quartets. He had great concern for his family and prayed for them often. His wish was that all his family would accept Christ as Saviour and live for him. Sam’s motto was Proverbs 3:5–6.