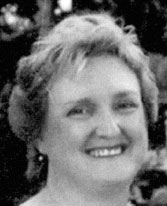 As the oldest girl of 7, Ruth helped her mother raise her siblings. She spent much time with extended family in Sudbury and Dorset, Ont. In 1972, during nurse’s training, friends invited her to a retreat where she heard the gospel for the first time and gave her life to the Lord. Her baptism photo attracted the attention of fellow Scott Street MB Church member John, away at Bible school. He initiated a relationship the next time he was in St. Catharines, and they exchanged many letters over their subsequent separation. Ruth became a registered nurse in 1973. Ruth and John settled in the Niagara area. Ruth raised 3 sons while working full-time at seniors’ residences, eventually becoming director of nursing at several of them.