What's New
A FOCUS on Mission
Must Patience Be So Slow?
Harold Jantz: A Heart for the Mennonite Story
Lorlie Barkman: A Life of Creative Engagement
Last Days, First Days
Women in Ministry: Bertha Dyck
January Moment in Prayer “Holy Spirit—Fill Us!”
The Church as the Patient Body of Christ
Advent: Making Much of Jesus: Christmas Day
Advent: Making Much of Jesus: Fourth Advent
Home Rudie Willms 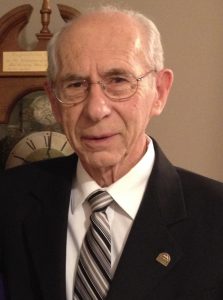 Rudie’s childhood on a Saskatchewan grain farm and youth on a B.C. dairy farm left him with fond memories. In his mid-20s, he determined life would be richer if he could share it with a gal who had caught his eye as a teenager in Matsqui, B.C. He mailed a marriage proposal to Louise, who was teaching in Oliver, B.C. At first dumbfounded, she accepted – leading to a 61-year adventure. Rudie never desired wealth. He purchased their first home in Winnipeg for $9,000 and later sold it for $6,000. What he lacked in financial prowess, he made up for in relational depth, investing heavily in his family, friends, and those in need. At an early age, he dedicated his life to Jesus and sensed a call to church ministry. Rudie trained at Columbia Bible College, Abbotsford; MB Bible College, Winnipeg; and MB Biblical Seminary, Fresno, Cal. He loved to preach and teach of the love of God. Rudie’s formal ministry began with the daily, Canada-wide radio program, The Gospel Light Hour. He launched Logan Avenue MB (now Salem Community Bible Church) in Winnipeg in 1960, and for 60 years, shepherded congregations in Winnipeg; Aldergrove, B.C; Vancouver; and St. Catharines, Ont. The intricacies of organizational leadership sometimes overwhelmed him. His passion was simply to love the individual before him, especially those on the fringes. He sought out those who were hurting, welcomed their phone calls at all hours, and regularly met them for coffee. While giving himself wholeheartedly to the church, Rudie made his family his priority – enjoying his three boys and travelling any distance to mark graduations, weddings, and funerals. His last formal role was chaplain at Tabor Court, Abbotsford, B.C. He spent his later years in his recliner, pen and paper in one hand and well-worn Bible in the other. Even during the most difficult days with Alzheimer’s disease, moments of clarity happened when he prayed: his strong voice and focus on his Saviour returning. COVID-19 was Rudie’s final trial before seeing his Saviour face to face.