What's New
Leading through the trauma of covid: Part two...
Ask God which town
Where to from here?
CCMBC National Director attends 2022 ICOMB Summit
MCC Canada and MCC Manitoba sell shared property...
The world appears to be growing darker
Sharing a new and unified language
6 reasons to attend the MWC Global Assembly...
One too many
Just one more
Home Robert (Bob) Jacob Hiebert 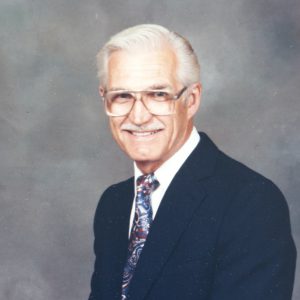 Bob grew up on farms near Killarney and Fork River, Manitoba. When Bob was 17, the family moved to B.C.’s Fraser Valley. He met the love of his life, Johanna Friesen, in the spring of 1949, and they were married on Christmas Day that year. Early in their life together, Bob and Jo responded to the love and grace of God and put their trust in Jesus as Saviour and Lord. They were baptized Sept. 19, 1955, into East Aldergrove MB Church, Abbotsford, B.C. In 1956, Bob suffered significant injuries in an accident while working at a lumber yard in Abbotsford. Following many months of recuperation, he trained as a barber and worked in that business for 16 years, while he and Jo also engaged in mixed farming on a small acreage. In early 1974, Bob’s longstanding dream of farming full time became a reality when he and Jo bought into a grain and beef cattle operation near the hamlet of New Norway, Alta. There they became members of Highland Park Evangelical Free Church. After 12 enjoyable years in Alberta, they sold and moved to a hobby farm near Armstrong, B.C., returning to fellowship within the MB conference at Armstrong Bible Chapel. In 2007, they made their way back to Abbotsford to live in retirement, becoming members of Bakerview MB Church. Bob died after suffering a stroke in March 2022. Bob’s life was characterized by unwavering trust in God, involvement in the ministry of the church — teaching Sunday school and leading small groups, serving on church councils, and assuming leadership — love for his family, enduring friendships, and community involvement. He also delighted in the beauty of God’s creation and enjoyed camping, fishing, and travelling with Jo throughout Canada and beyond to places such as Alaska, Hawaii, Israel, and Greece.