What's New
Leaning
2021 Spirit of MDS Fund issues 43 grants...
Contentment: The Path Less Travelled
Conversations on the MB Confession
An open letter to MB church leaders
Caring for our brothers and sisters
A model of humility and servanthood
Dad’s secret of contentment
Discipled unto mission
On Evangelicalism: Why I am still an Evangelical...
Home Peter Wall Gunther 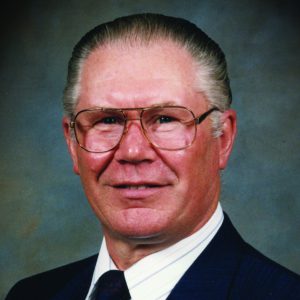 Peter immigrated to Canada at 16, settling in Prairie Rose, Man. In 1966, Peter’s family moved to Clearbrook, B.C., where he spent the rest of his life. He was man of many trades and experiences, but his main labour of love was poultry farming. Deeply committed to the church and community, Peter was ordained as a lay minister in 1959, serving whenever called on and for as long as he was able. He preached primarily in German, but also enjoyed sharing the gospel in English. His messages often spoke of the love and grace of God. The person and work of Jesus remained central in his life, testimony, and ministry. Peter loved connecting with people, making friends, and being a source of encouragement. Nowhere was this more evident than in his relationship to his grandchildren. In good and hard times, Grandpa told them he loved, prayed for, and believed in them. He felt “humbly proud” of his family. Peter constantly recounted the love and blessings of God, believing that in all things there was purpose and meaning. His refrain: “I simply need to trust him.” As their earthly father and grandfather, Peter pointed his family to their heavenly Father.