What's New
Through the conflict, life carries on in Ukraine
A FOCUS on Mission
Must Patience Be So Slow?
Harold Jantz: A Heart for the Mennonite Story
Lorlie Barkman: A Life of Creative Engagement
Last Days, First Days
Women in Ministry: Bertha Dyck
January Moment in Prayer “Holy Spirit—Fill Us!”
The Church as the Patient Body of Christ
Advent: Making Much of Jesus: Christmas Day
Home Peter Tymburski 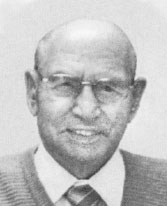 Peter’s family immigrated to a farm in Coaldale, Alta., when he was a toddler. He loved his 4 younger sisters. A turning point in Peter’s life came when he and Mary gave their lives to God. Peter’s trucking career, which began with local grocery runs, expanded through the western provinces and into the U.S. After retiring in the early 1990s, he enjoyed gardening, travelling and helping family and neighbours. After mourning Mary’s death, Peter prayerfully chose her sister Katherine as his wife. They joined Coaldale MB and enjoyed their devotional life. Though he had no formal Bible training, Peter had profound insights and an unwavering childlike faith in God’s promises. Palm Sunday 2010, Peter had a major stroke, which resulted in hospitalization and moving into a care home. He continued Bible reading, frequently ending his prayers, “Thank you, heavenly Father, for the freedom and abundance in this land.”