What's New
Through the conflict, life carries on in Ukraine
A FOCUS on Mission
Must Patience Be So Slow?
Harold Jantz: A Heart for the Mennonite Story
Lorlie Barkman: A Life of Creative Engagement
Last Days, First Days
Women in Ministry: Bertha Dyck
January Moment in Prayer “Holy Spirit—Fill Us!”
The Church as the Patient Body of Christ
Advent: Making Much of Jesus: Christmas Day
Home Peter Penner 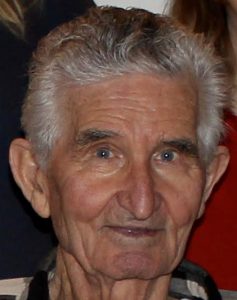 At 19, Peter moved with his family to Brazil. He immigrated to Vancouver, Canada, to marry Helena in 1955. The year following her death, he married Helene, with whom he raised 3 children. She died in 1981. A year later, he married Hilda. Peter and Hilda enjoyed 34 years together before her death in 2016. Peter built many custom homes in the Vancouver area. For recreation, he loved the outdoors: camping, skiing, and canoeing. He was instrumental in starting a boys’ club in his church and remained engaged in this for many years. After retiring at 59, Peter spent much of his time with Mennonite Disaster Service, helping homeowners rebuild after natural disasters. He worked in Fortuna, Cal., after the 1992 earthquake; in Hannibal, Missouri, after the 1993 flood; in San Fernando, Cal., after the 1994 earthquake; and on St. Thomas in the Caribbean, after the 1996 hurricane. He also helped with maintenance on a school in Paraguay in 1995 and 1996. Peter was committed to his faith in God. He spoke 5 languages, with which he communicated the gospel both locally and overseas.