What's New
Through the conflict, life carries on in Ukraine
A FOCUS on Mission
Must Patience Be So Slow?
Harold Jantz: A Heart for the Mennonite Story
Lorlie Barkman: A Life of Creative Engagement
Last Days, First Days
Women in Ministry: Bertha Dyck
January Moment in Prayer “Holy Spirit—Fill Us!”
The Church as the Patient Body of Christ
Advent: Making Much of Jesus: Christmas Day
Home Peter Dirksen 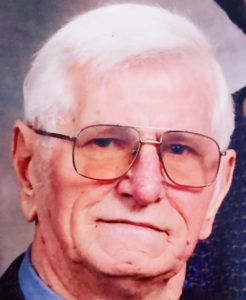 Peter’s family moved to a farm in Mullingar, Sask., in 1927. They built a home on an acreage along the Trans-Canada (now South Fraser Way) in Abbotsford, B.C., in 1936, earning their family of 8 the nickname, “The Highway Dirksens.” Using horses, handsaws, and stumping powder, they cleared the land. Peter met Katie at Clearbrook MB Church in Abbotsford. The couple married, bought 3 acres from his family, and built a home. When their family grew, they bought his parents’ house, where they raised 6 children and stayed until 1966. Family vacations included tenting and trips to the candy store at Okanagan Lake, Penticton, B.C., and spring break at Disneyland and Palm Springs, Cal. Motel 6 was the preferred place to stay, provided McDonalds was nearby. Peter and Katie helped launch Bakerview MB Church, Abbotsford, B.C., in 1965. They bought a new house in Clearbrook in 1966 – it remained home for 50 years. Driving truck was Peter’s lifelong career: he hauled sawdust from Mission, B.C., then concrete powder for Dueck Building Supplies, and finally, eggs for Brolin Trucking and Safeway. In the 1970s, he bought his own truck and hauled gasoline and diesel until he retired in the 1980s. In retirement, Peter and Katie enjoyed driving across North America. One day, they even drove 286 km to Kamloops for lunch and came home for supper. Peter enjoyed playing golf with his friends and his sons. Peter and Katie lost their son Ken in a truck accident in 1996. Peter died peacefully with family at his side.