What's New
Multiply September Ukraine Updates
Volunteers in B.C. honour Leamington woman tragically killed...
Delete or not to delete, that is the...
Believers bring water for drought baptism
Encouragement to those in the arena
Keeping attention and making an impact: A few...
Open hands to reconciliation
From the editor
Approaching truth and reconciliation with love in our...
MB Seminary offers new MA in Transformational Leadership...
Home (Mildred) June Friesen 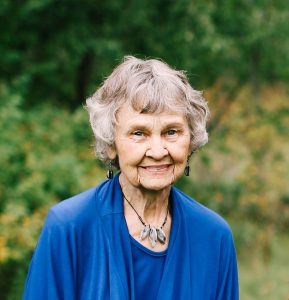 June grew up near Kronsgart, Man., attending Rosewell School and Kronsgart MB Church – where she was baptised as a teenager. Her faith in her Saviour and desire to follow him shaped her life. As a girl, she was needed on the farm: gardening, milking, gathering eggs, and caring for her younger siblings. She took piano and viola lessons throughout public school. June finished her last 2 years of high school in Winkler, Man., where she played in the school orchestra and a string quartet. She spent two years at Winkler Bible School, then went on to MB Bible College in Winnipeg, completing her ARCT prior to graduation. Both her early sense of responsibility and love of music lingered. It was at MB Bible College that she met her future husband, Henry Friesen, from Virgil, Ont. They married in October 1957. June taught piano at home and for Yamaha for years. While in Winnipeg, they were charter members of Fort Garry MB Church. They instilled in their children – Pearl, Paul, and Bruce (Caspar) – a love for God, music, and learning. When Henry’s job was eliminated in 1984, with June having just completed her bachelor of social work, they offered their hospitality skills to Mennonite Central Committee. They worked in Munich, Germany, with refugees; in Pennsylvania at MCC headquarters; and in Nairobi, Kenya, as guest house hosts – loving every challenge and opportunity. June and Henry retired to Kelowna, B.C., in 1999 and joined Willow Park Church. June loved sharing food and stories with her grandchildren, cousins, and friends. She was a huge connector of people and causes including fair trade, MCC, and refugee resettlement. While in Africa, she was instrumental in helping women create jewelry and textiles that would sell in Europe and North America. On the board of MCC BC, she enjoyed opportunities to travel and advocate for women and entrepreneurs in developing countries. Even as cancer took her energy, June continued caring for others, especially the love of her life. When Henry developed dementia, she walked alongside him. One of her last questions was “Is Henry sick?” Their last meal together was ice cream. June died peacefully surrounded by family.