What's New
A FOCUS on Mission
Must Patience Be So Slow?
Harold Jantz: A Heart for the Mennonite Story
Lorlie Barkman: A Life of Creative Engagement
Last Days, First Days
Women in Ministry: Bertha Dyck
January Moment in Prayer “Holy Spirit—Fill Us!”
The Church as the Patient Body of Christ
Advent: Making Much of Jesus: Christmas Day
Advent: Making Much of Jesus: Fourth Advent
Home Mary Helen Bartel 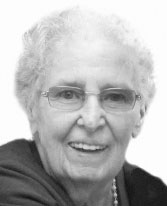 When Mary was 2, her father died of tuberculosis. Her mother married Henry Suderman, and later, they moved to Abbotsford, B.C. Mary accepted Christ as a child while picking berries with her brother Jake. She attended Bible college in Abbotsford and Winnipeg. She worked at an orphanage in Kitchener, Ont. Mary met Frank through an outreach choir while studying to be a practical nurse. Mary loved to sew, arrange flowers, make crafts and care for children. She started a Pioneer Girls club and remained involved for 19 years. She taught and coordinated Sunday school and oversaw VBS programs. When Frank was diagnosed with ALS in 2002, Mary and their son Howard cared for him. In 2008, Mary was diagnosed with Alzheimer’s disease, but she continued living at home with her sons. She cherished her family and friendships.