What's New
A FOCUS on Mission
Must Patience Be So Slow?
Harold Jantz: A Heart for the Mennonite Story
Lorlie Barkman: A Life of Creative Engagement
Last Days, First Days
Women in Ministry: Bertha Dyck
January Moment in Prayer “Holy Spirit—Fill Us!”
The Church as the Patient Body of Christ
Advent: Making Much of Jesus: Christmas Day
Advent: Making Much of Jesus: Fourth Advent
Home Mary Friesen 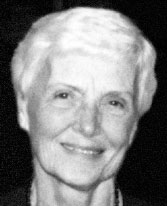 On her parents’ 2,000-mile boxcar journey from Omsk, Siberia, to Memrik, Ukraine, through war and bandit territory, Mary was born and her brother was buried. Mary enjoyed a time of peace at her grandmother’s farm in Ebental, Ukraine, before further unrest led her family to Moscow in 1929, seeking passage to Canada. They joined their sponsors in Alberta for 2 years before settling in Yarrow, B.C. Mary did domestic work in Vancouver to help pay the travel debt. As a teen, she made a commitment to follow Jesus and was baptized. From 1944–59, Mary and John farmed in Ladner, B.C. They moved to Abbotsford, B.C., in 1959, to Ladner in 1964, and to Tsawwassen in 1972, where Mary resided until her death. Mary’s gardens were filled with flowers and vegetables, and her home was always open to family, church and community gatherings. She gave people the benefit of the doubt and treated everyone with respect and care. Mary showed interested in and prayed daily for each of her children, grandchildren, great-grandchildren and siblings. Her last request was for her pastor grandson Grant to preach about Jesus at her funeral.