What's New
A FOCUS on Mission
Must Patience Be So Slow?
Harold Jantz: A Heart for the Mennonite Story
Lorlie Barkman: A Life of Creative Engagement
Last Days, First Days
Women in Ministry: Bertha Dyck
January Moment in Prayer “Holy Spirit—Fill Us!”
The Church as the Patient Body of Christ
Advent: Making Much of Jesus: Christmas Day
Advent: Making Much of Jesus: Fourth Advent
Home Martin Penner 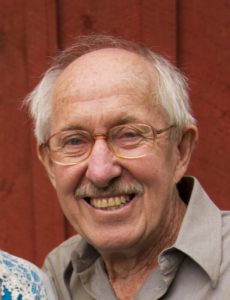 Martin grew up in Yarrow, B.C., on Lumsden Road. He met his future wife at the fruit packing cannery in Yarrow, and after she completed her nurse’s training, they married and moved to New Hazelton, where Kelly and Ken were born. After being personally challenged by Jesus’ teachings, Martin determined to serve God among the poor. This led them to leave the house Martin had built in New Hazelton. The family moved to Yarrow for a year while waiting for a placement with MCC in Brazil. Between two 2.5-year volunteer terms in Brazil, the family lived in Winnipeg (where Tim was born) for a year for Martin to study at MB Bible College. In 1983, they moved back to New Hazelton where Martin continued volunteering his time to serve the community in innumerable ways, including for Community Gospel Chapel, HELP Society, the food bank, and Skeena Bakery board, and through employment support, recycling, singing at the hospital and school, gardening, and driving bus for school teams. He could repair virtually anything for anyone who needed it, and nothing went to waste when he was around. His motivation for all these activities was his devotion to God. He would get up before anyone else to walk, read, and pray every day. Martin’s love for learning, his problem-solving skills, and his curiosity continue to influence his three children as teachers. Martin and Marian, “the M&Ms,” were a harmonious team and usually seen serving together. Martin will be sorely missed by family and his many friends.