What's New
A FOCUS on Mission
Must Patience Be So Slow?
Harold Jantz: A Heart for the Mennonite Story
Lorlie Barkman: A Life of Creative Engagement
Last Days, First Days
Women in Ministry: Bertha Dyck
January Moment in Prayer “Holy Spirit—Fill Us!”
The Church as the Patient Body of Christ
Advent: Making Much of Jesus: Christmas Day
Advent: Making Much of Jesus: Fourth Advent
Home Martin Doerksen 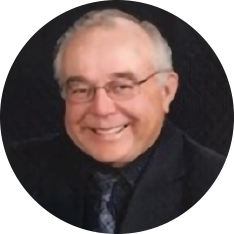 Martin attended a one-room schoolhouse, followed by 2 years of high school in Delhi, Ont. From early on, Martin loved farming with his father. He eagerly helped with milking, drawing hay, and cultivating corn and beans. As he grew, he began tractor work, then at 16, he started trucking for his uncles Jake and Abe. At church, Martin loved to sing in the choir or octet, and serve as an usher and trustee. In 1963, he purchased 30 acres in Houghton Township and began his own mixed farming operation with grain, animals, and vegetables. An entrepreneur, he sold potatoes out of his trunk in Port Rowan. Here, he met Selma and a relationship blossomed. Martin was a gifted athlete. He played pickup hockey in Simcoe, Ont., and joined a bowling team. Martin also enjoyed going to auction sales to buy and sell livestock or meet his farmer friends for lively banter. His nieces and nephews were pleased to help him plant tomatoes and peppers. In 2004, Martin’s lower leg was amputated after a farming accident. He prayed only that the Lord would allow him to continue farming. He told his therapists that his recuperation would need to be hastened in time for spring planting and his wedding anniversary. He walked out of Parkwood Rehabilitation Institute and onto a tractor the day before his deadline. A hemorrhagic stroke on May 9, 2017, later complicated by multiple health issues, was the beginning of a slow decline in health.