What's New
Through the conflict, life carries on in Ukraine
A FOCUS on Mission
Must Patience Be So Slow?
Harold Jantz: A Heart for the Mennonite Story
Lorlie Barkman: A Life of Creative Engagement
Last Days, First Days
Women in Ministry: Bertha Dyck
January Moment in Prayer “Holy Spirit—Fill Us!”
The Church as the Patient Body of Christ
Advent: Making Much of Jesus: Christmas Day
Home Martha (Willms) Dyck 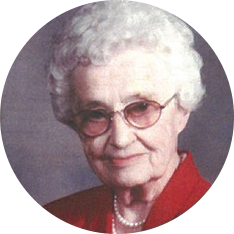 At 5, Martha immigrated to Canada with her family, arriving in Kleefeld, Man., before settling in Munson, Alta. They enjoyed a tight-knit Mennonite community, with her dad serving as minister. Martha attended Gem (Alta.) Bible School 1936–37. She worked for a family in Drumheller, Alta., until Aron Willms entered her life. After their marriage, Martha and Aron farmed 6 years in Countess, Alta. In 1950, they moved to Gem. Here they raised their family while being active in the church. A massive heart attached forced Aron to retire from farming. Five months after moving to Coaldale, he died. In her loneliness, Martha relied heavily on the Lord to sustain her. She was thankful for the support of family and friends. Martha was married to John for several years, until his death. She enjoyed getting to know his family, with whom she continued a warm relationship. Through her difficulties, Martha looked outward in service to others. She found it therapeutic to visit seniors in care facilities, often bringing baking with her. Even in her final years, with failing eyesight, she continually found ways to serve others. She was a light to those around her, a delight to all who knew her.