What's New
Through the conflict, life carries on in Ukraine
A FOCUS on Mission
Must Patience Be So Slow?
Harold Jantz: A Heart for the Mennonite Story
Lorlie Barkman: A Life of Creative Engagement
Last Days, First Days
Women in Ministry: Bertha Dyck
January Moment in Prayer “Holy Spirit—Fill Us!”
The Church as the Patient Body of Christ
Advent: Making Much of Jesus: Christmas Day
Home Leonard Bernard Siemens 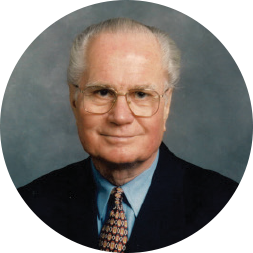 Leonard was born into a loving family on the farm in Horndean, Man., where he worked hard. He completed an MSc in plant science (1960) and an MA in sociology (1965). Leonard’s passion was addressing world hunger through agriculture. A highlight of his life was helping establish the agricultural program in Khon Kean University in Thailand (1965–67), for which he received an honorary doctorate from the King of Thailand. He also received an honorary doctorate from the University of Zambia for developing a program in agricultural sciences. Leonard enjoyed 31 years of teaching, research, and administration with the University of Manitoba’s faculty of agriculture, retiring as associate dean in 1989. In retirement, Leonard was a consultant for Canadian International Development Agency and Mennonite Central Committee, primarily in the developing world. He was also a founding member of the Canadian Foodgrains Bank. Leonard and Olive were charter members of Fort Garry MB Church, Winnipeg, where they developed many longstanding friendships. He had a strong faith in God and a desire to live with integrity, love, and kindness. Leonard was grateful for the way “the lines had fallen to him in pleasant places” (Psalm 16:6). His last 4 years, he was lovingly cared for at Donwood Manor, Winnipeg. Surrounded by family, Leonard peacefully entered God’s presence.