What's New
Through the conflict, life carries on in Ukraine
A FOCUS on Mission
Must Patience Be So Slow?
Harold Jantz: A Heart for the Mennonite Story
Lorlie Barkman: A Life of Creative Engagement
Last Days, First Days
Women in Ministry: Bertha Dyck
January Moment in Prayer “Holy Spirit—Fill Us!”
The Church as the Patient Body of Christ
Advent: Making Much of Jesus: Christmas Day
Home Kurt Guenther 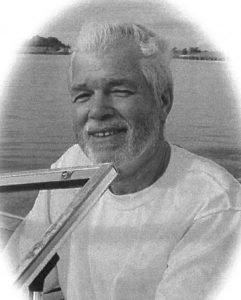 Kurt enjoyed attending Camp Arnes and growing up in Winnipeg with the river in his backyard. He loved boating and water sports, especially teaching others to ski and offering them tube rides. He also played table tennis and racquetball. Kurt had a lifelong passion for taking photos and videos. At MB Collegiate Institute, his life changed when he noticed Elfrieda in a school play. They married 3 years later. Kurt earned a BA at University of Winnipeg and an MSW at University of Manitoba. From 1972 on, he lived in Morden, Man., working at Eden Mental Health Centre for 30 years. He was a school trustee for 23 years. At Westside Community Church he taught adults, served as elder and moderator and took pictures for the welcome wall. Kurt found his dream job as a probation officer, starting in 2004. He also became an after-hours health contractor for Southern Regional Health Authority in 2009. In 2014, his cough was diagnosed as stage 4 non-small cell lung cancer. The following journey brought Kurt and Elfrieda and Jesus closer together.