What's New
Through the conflict, life carries on in Ukraine
A FOCUS on Mission
Must Patience Be So Slow?
Harold Jantz: A Heart for the Mennonite Story
Lorlie Barkman: A Life of Creative Engagement
Last Days, First Days
Women in Ministry: Bertha Dyck
January Moment in Prayer “Holy Spirit—Fill Us!”
The Church as the Patient Body of Christ
Advent: Making Much of Jesus: Christmas Day
Home Katie Penner 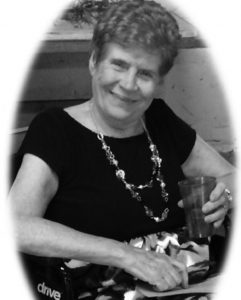 On Katie’s third birthday, soldiers took her father. When WWII began, her family fled with 2 horses and a wagon. After months of hunger, they arrived in a refugee camp in Poznan, Poland, staying 2 years in Litzmannstadt. When the Russians came, the family fled on foot. In Lauenburg an der Elbe, Germany, they lived in a barn because no houses remained, until English soldiers brought them to a house with 13 other families. In 1950, they sailed to Halifax, and took a train to Grimsby, Ont. Uncle Janzen rented them a house next to the basket factory where they worked. The first 2 years were lonely. Katie, her brother, and mother were baptized. After 3 years, they moved to St. Catharines, Ont., where Katie and her mother worked at the Boese canning factory, earning enough to buy a house. Soon afterward, Katie’s spine collapsed due to malnutrition and hard labour. She endured surgery and 4 months in hospital at 19, promising God many things if he would make her well. She wore a cast for a year. Katie worked in Bethesda’s kitchen with her mother. After attending Columbia Bible School, Abbotsford, B.C., she returned to St. Catharines to work as a nurse’s aide. Katie met Jake at a family picnic in 1959. They dated 6 weeks before becoming engaged. She joined Jake’s church, St. Catharines United Mennonite. Katie had many operations, but God always gave her courage. He taught her to trust him completely (Proverbs 3:5–6).