What's New
Through the conflict, life carries on in Ukraine
A FOCUS on Mission
Must Patience Be So Slow?
Harold Jantz: A Heart for the Mennonite Story
Lorlie Barkman: A Life of Creative Engagement
Last Days, First Days
Women in Ministry: Bertha Dyck
January Moment in Prayer “Holy Spirit—Fill Us!”
The Church as the Patient Body of Christ
Advent: Making Much of Jesus: Christmas Day
Home John W. Regier 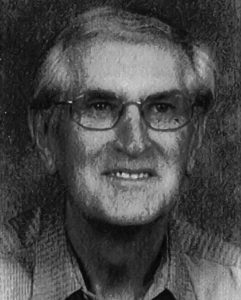 John attended Herbert Bible School. He farmed with this father and found time whenever he could to see his high school sweetheart Tiena. For 2 winters, John worked for Campbell Motors Car Dealership in Vancouver, always returning to Herbert and to Tiena. In 1957, he bought a farm south of Herbert. In 1965, John and Tiena moved to another farm near Herbert, where they raised cattle, hogs, and chickens. Haying season was a memory-making time for John and his children. John served the church as committee member and head usher. He played softball with the Herbert Wheat Kings. He umpired and coached when his boys played softball. He also loved curling. John and Tiena made memories travelling with friends and family to Toronto, Florida, Nevada, and Cypress Hills. They retired in 1999 to Swift Current, Sask. John did hail adjusting with Henderson Hail. John and Tiena served Bridgeway Community Church’s food committee and delivered Meals on Wheels. They bowled twice a week. In the hospital, John would open his eyes, look at the clock, and tell his children and grandchildren, “Aren’t you supposed to be at work?”