What's New
Through the conflict, life carries on in Ukraine
A FOCUS on Mission
Must Patience Be So Slow?
Harold Jantz: A Heart for the Mennonite Story
Lorlie Barkman: A Life of Creative Engagement
Last Days, First Days
Women in Ministry: Bertha Dyck
January Moment in Prayer “Holy Spirit—Fill Us!”
The Church as the Patient Body of Christ
Advent: Making Much of Jesus: Christmas Day
Home John Unrau 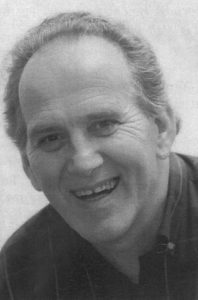 When John was born at 4 lbs, his mother said, “Let him die,” but his father, sister and midwife cared for him. Growing up in a strict home in Kleefeld, Man., though he learned the Bible stories, no one invited him to receive salvation. At 12, John and his twin Pete visited their brother Henry, who asked if they’d like to ask Jesus into their lives. The twins shared their conversion with their parents and siblings. In 1949, the family settled in Abbotsford, B.C. At 19, John and Pete attended Winnipeg Bible Institute. John completed a BRE at Briercrest College, where he met Dorothy. John became youth pastor at People’s Mission, Kelowna, B.C., then pastor at Cedar Valley Mennonite, Mission, B.C. After joining Greater Europe Mission in 1963, John and Dorothy planted churches in Lebach and Saarlouis, Germany. Starting in 1972, they led the Janz Team Singers. John organized and conducted Janz Team Israel tours in 1975, 1976 and 1977. After returning to Canada in 1981, John and Dorothy represented Europe’s spiritual needs at colleges and churches in the Pacific Northwest. John pastored Yarrow (B.C.) United Mennonite and Scott Street MB. After John’s 1991 heart attack, they moved to B.C. for his health. Eben-Ezer Mennonite, Abbotsford, called him as associate pastor in 1995. His preaching ministry ended with a stroke in 1999. Dorothy was diagnosed with Alzheimer’s disease in 2007. In his last years, John handed out 8,000 tracts from his scooter.