What's New
A FOCUS on Mission
Must Patience Be So Slow?
Harold Jantz: A Heart for the Mennonite Story
Lorlie Barkman: A Life of Creative Engagement
Last Days, First Days
Women in Ministry: Bertha Dyck
January Moment in Prayer “Holy Spirit—Fill Us!”
The Church as the Patient Body of Christ
Advent: Making Much of Jesus: Christmas Day
Advent: Making Much of Jesus: Fourth Advent
Home John Philip Daum 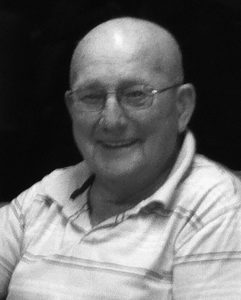 John’s family moved the farm to Calder, Sask., where he worked the farm and blacksmith shop alongside his father and siblings. He also worked for neighbouring farms, where he met Ellen. They started their family in Saskatoon. John was a welder and shop foreman. In 1971, the family moved to B.C. After 2 years, they return to Saskatoon, where John worked for Kramer Tractor. They moved to a farm outside Dalmeny, Sask., in 1978. John retired in 1996 to spend hours in his woodworking shop. John lived for his Saviour and shared with everyone. John and Ellen remained on the farm until March 2017, when they moved into a new home in Dalmeny. John struggled with failing health but never with his faith.