What's New
A FOCUS on Mission
Must Patience Be So Slow?
Harold Jantz: A Heart for the Mennonite Story
Lorlie Barkman: A Life of Creative Engagement
Last Days, First Days
Women in Ministry: Bertha Dyck
January Moment in Prayer “Holy Spirit—Fill Us!”
The Church as the Patient Body of Christ
Advent: Making Much of Jesus: Christmas Day
Advent: Making Much of Jesus: Fourth Advent
Home John Klassen 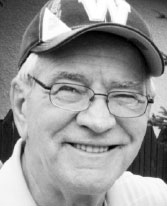 John enjoyed curling, football and golf throughout his life. He spent much of his career in sales and enjoyed interacting with others through stories. In his later years, John visited those who were ill or shut-in. His Lord and his family were the centre of his life. John was diagnosed with progressive supranuclear palsy in 2013. Despite illness, he continued to bless others with his sense of humour, even in the palliative care ward.