What's New
Through the conflict, life carries on in Ukraine
A FOCUS on Mission
Must Patience Be So Slow?
Harold Jantz: A Heart for the Mennonite Story
Lorlie Barkman: A Life of Creative Engagement
Last Days, First Days
Women in Ministry: Bertha Dyck
January Moment in Prayer “Holy Spirit—Fill Us!”
The Church as the Patient Body of Christ
Advent: Making Much of Jesus: Christmas Day
Home John H. Dyck 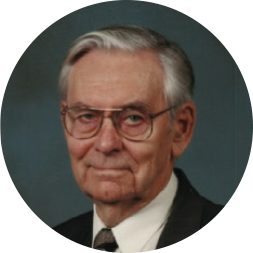 When John was 3, his family left Russia for Canada, settling in Minto, Man. John loved reading, singing, and playing sports. He took over the family farm which led to a move to Boissevain, Man. He attended Bible college, where he met Lois, the love of his life. They operated the farm until 1971 when they relocated to Brandon, Man. Here John was involved in real estate. After retirement, they moved to Kelowna for 9 years before returning to Brandon to be near family. John had a deep, abiding faith. Jesus was his Saviour and Lord, influencing every aspect of his life. Anyone who spent time with John – neighbours, acquaintances, children, and grandchildren – knew where his allegiance lay. One of his greatest thrills was giving New Testaments to children throughout his 50 years with The Gideons. John was a much-loved husband, father, grandfather, and great-grandfather. Family times were best when everyone was together to play, laugh, sing, and pray. He shared yarns from his childhood around the campfire. Known by many as Singer John, he sang at many weddings and community events, and directed the church choir for years. In the hospital, he sang “Jesus Loves Me” in German for the staff and patients. To the end of his life, John’s love for his Saviour and those around him continued to be paramount.