What's New
Through the conflict, life carries on in Ukraine
A FOCUS on Mission
Must Patience Be So Slow?
Harold Jantz: A Heart for the Mennonite Story
Lorlie Barkman: A Life of Creative Engagement
Last Days, First Days
Women in Ministry: Bertha Dyck
January Moment in Prayer “Holy Spirit—Fill Us!”
The Church as the Patient Body of Christ
Advent: Making Much of Jesus: Christmas Day
Home John Berg 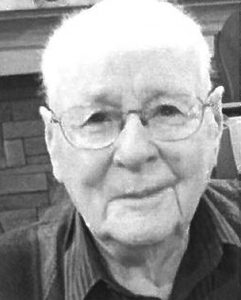 John was drafted into the Russian Army in 1941. He was injured by gunfire and taken captive by the German army, who used him as an interpreter since he could speak both German and Russian. He was released to a work camp near Vienna, where he worked 4 years. When the war ended, he was sent to Germany. He was one of the few of his family to survive WWII. Feeling alone, John met Magdalena in a refugee resettlement camp near Karlsruhe. They immigrated to Canada in 1949, settling in Coaldale, Alta. With God’s grace, they rebuilt their lives. John served and worshipped faithfully at Coaldale MB Church. He worked hard and supported his growing family as an auto body mechanic at Beny Chevrolet Oldsmobile Cadillac Ltd. in Lethbridge, Alta. John was a kind, loving, funny, honest and industrious man with great faith and integrity. He will be missed dearly by his large and loving family.