What's New
Through the conflict, life carries on in Ukraine
A FOCUS on Mission
Must Patience Be So Slow?
Harold Jantz: A Heart for the Mennonite Story
Lorlie Barkman: A Life of Creative Engagement
Last Days, First Days
Women in Ministry: Bertha Dyck
January Moment in Prayer “Holy Spirit—Fill Us!”
The Church as the Patient Body of Christ
Advent: Making Much of Jesus: Christmas Day
Home (John) Alvin Falk 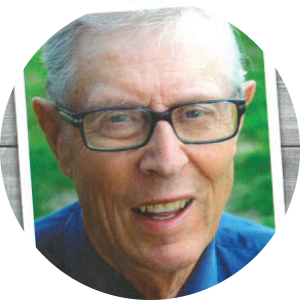 Alvin lived his whole life on the same section of land near Niverville, Man., where his love of farming began early. At 9, he contracted polio and spent 3 months in hospital, becoming one of few to recover. Alvin accepted Jesus as Savior at Camp Arnes at 13. He received John 3:16 and clung to it all his life. Alvin graduated in 1960 from Mennonite Collegiate Institute, Gretna, Man., where he met Lydia. He mustered up courage to ask her out 3 years later. After marrying, they lived a year in a trailer beside Arran School, where Lydia taught. Alvin farmed Falkdale Farms alongside his father and brothers, then his sons and grandsons. He loved Lydia’s apple platz, oatmeal cookies, and pickles. Alvin served the corporation and board of Providence College for 24 years. For nearly 50 years, he ushered at Fourth Avenue Bible Church, where he also sang in the male choir and, alongside Lydia, served as deacon and food committee member. They created a home away from home for international students, who gave Alvin a heart for Myanmar. Nothing could stop him from farming – bales falling on his head, cracking his hip, catching his hand in an auger – until spinal stenosis (a post-polio syndrome) in 2017. Five days later, he was diagnosed with cancer. Hormone therapy strengthened him enough to help with the 2017 harvest. Alvin lived with kindness, patience, generosity, and fierce love. He prayed for his family daily and took joy in seeing them in heaven someday.