What's New
Ask God which town
Where to from here?
CCMBC National Director attends 2022 ICOMB Summit
MCC Canada and MCC Manitoba sell shared property...
The world appears to be growing darker
Sharing a new and unified language
6 reasons to attend the MWC Global Assembly...
One too many
Just one more
A safe place in Winnipeg
Home Jakob Wall 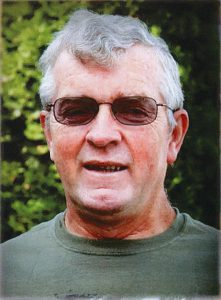 Jake was born into a Mennonite community that was religious but didn’t know Jesus’ grace. Self-worth was based on how well one did financially. His family did not have amenities such as electricity or running water. The family of ten immigrated from Paraguay to Canada in 1966 with the help of the Mennonite Central Committee. The transition to a new culture and language was difficult. Jake struggled to fit in and saw others like him fall into bad crowds. A family in his Abbotsford, B.C., neighbourhood reached out to him in love and took him to Sunday school. Seeing Christ in them, Jake accepted Jesus as Saviour and began to know the peace of God. He married Nancy in 1975. Every summer, the family camped at Cultus Lake, B.C. Jake was the kind of dad who got down on the floor to play with his daughters. He acquired carpentry and drywall skills. Though he struggled with degenerative bone issues—and years of working on ceilings with his head tilted back caused the bones in his neck to wear down prematurely—even on disability, he took on projects to help put food on the table. Jake and Nancy started riding motorcycles to spend time together. They joined the Christian Bikers community. When Nancy was diagnosed with a brain tumour, Jake cared for her. They made snow angels together. As Jake’s faith matured, he found his identity in who he was as the Lord’s child. His life was characterized by restoration: of buildings, hearts, and relationships.