What's New
Through the conflict, life carries on in Ukraine
A FOCUS on Mission
Must Patience Be So Slow?
Harold Jantz: A Heart for the Mennonite Story
Lorlie Barkman: A Life of Creative Engagement
Last Days, First Days
Women in Ministry: Bertha Dyck
January Moment in Prayer “Holy Spirit—Fill Us!”
The Church as the Patient Body of Christ
Advent: Making Much of Jesus: Christmas Day
Home Jake Balzer 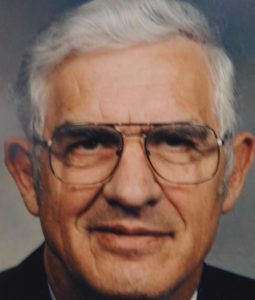 Jake accepted Christ as Saviour at 17 and sensed God’s call to ministry. He resisted because he wanted to be a farmer; however, at 20, he was in a near-fatal accident. Before the truck stopped rolling, he told God, “Alright, you win!” Jake had left school early to help on the farm. At 22, he attended Prairie High School, followed by Prairie Bible Institute, Three Hills, Alta., where he met Esther. Jake graduated from MB Bible College, Winnipeg, then earned a BA in behavioural science from Pacific College, Fresno, Cal. He pastored in Winnipeg; Fresno, Cal.; Kamloops, Armstrong, and Mission, B.C. Jake had a passion for church planting and became director of the MB board of church extension, overseeing some 50 church plants in B.C., Alberta, Saskatchewan, and Bellingham, Wash. He worked with many language groups. Jake served Central Heights Church as Bible teacher, care group leader, elder, and moderator. When he was 80, Jake and Esther moved to Clearbrook MB Church, where he led a Bible study and care group. When Alzheimer’s disease prevented him from teaching, he served the church as elevator operator. At 89, after Esther’s death, Jake could no longer live alone. At Valhaven Home, he served by offering the grace in the dining hall. A faithful husband, father, brother, and friend, Jake was known for his humble, generous, servant heart. Looking back, he said, “The Lord’s ways are far better than anything I could have chosen.” Jake died from complications of cardiopulmonary disease, cancer, Alzheimer’s disease, and diabetes. He wanted everyone to know by his life that he loved his Saviour Jesus Christ.