What's New
Through the conflict, life carries on in Ukraine
A FOCUS on Mission
Must Patience Be So Slow?
Harold Jantz: A Heart for the Mennonite Story
Lorlie Barkman: A Life of Creative Engagement
Last Days, First Days
Women in Ministry: Bertha Dyck
January Moment in Prayer “Holy Spirit—Fill Us!”
The Church as the Patient Body of Christ
Advent: Making Much of Jesus: Christmas Day
Home Jacob (Jake) John Quapp 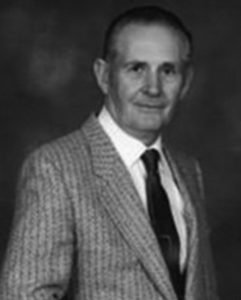 When he was 8, Jake’s family was forced off their farm. Both his parents starved within 2 years. Orphaned at 10 during Stalin’s reign of terror, Jake survived by trapping gophers and foraging for eggs. He had exemplary grades in Mennonite school and Russian aluminum technical school. When the German army invaded, Jake offered to be an interpreter, thereby avoiding conscription. Jake broke a racehorse for his transportation. He pretended to have a broken arm to avoid being sent to the frontline during the German retreat. When Jake arrived in Vancouver with no knowledge of English or carpentry, he worked for a carpenter, learning by observation and intuition, and saving enough for land and a few cows. He sustained a back injury that caused severe pain for the rest of his life; he rarely spoke of it. Still with limited English, he earned a real estate licence and sold farms for a time. After Elizabeth’s death, Jake learned to cook, embracing this new role with gusto. He and his daughter bonded during weekly grocery store and Starbucks trips. When he lost his licence, he enjoyed his scooter until a fall in 2015 caused a compression fracture in his spine. Jake was known for his chess skills. He suffered PTSD from the atrocities in Russia. In his 90s, Jake demonstrated that it is never too late to be transformed by the Holy Spirit: God told him in a dream to forgive, and Jake sought pastoral care and embraced forgiveness and thankfulness.