What's New
Through the conflict, life carries on in Ukraine
A FOCUS on Mission
Must Patience Be So Slow?
Harold Jantz: A Heart for the Mennonite Story
Lorlie Barkman: A Life of Creative Engagement
Last Days, First Days
Women in Ministry: Bertha Dyck
January Moment in Prayer “Holy Spirit—Fill Us!”
The Church as the Patient Body of Christ
Advent: Making Much of Jesus: Christmas Day
Home Jacob (Jack) Dueck 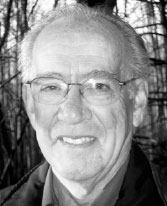 Jacob met Eleanor at Alberta Mennonite High School, Coaldale, where he was choir director. After their marriage, he studied theology and music at MB Bible College, Winnipeg. Jacob completed an MA in literature from University of Western Washington. In B.C., he conducted school and church choirs, directed youth and children’s camps, taught high school and sold cars. 1966–1978, he taught English at Goshen (Ind.) College. He earned a PhD in literature from Notre Dame University. Jacob and Eleanor led student groups in Ireland and Germany. Students enjoyed the pranks he played in the pursuit of educational goals. After leaving the college, he developed a farmers market, several restaurants and a consulting company, People Management Associates. He crafted storytelling programs, sermons, motivational talks and humorous and serious performances including “Mysteries of Grace and Judgement.” From 1983–1999, he was a consultant for Penn Alps in Maryland, while operating Mill Restaurant in Cambridge, Ont. In 1997, he and Eleanor restored and ran a B&B. From 1999–2004, they lived in Massachusetts near their children. In 2004, they retired to Waterloo, Ont. An occasional contributor to the MB Herald, Jacob received 4 Canadian Christian Writing Awards from The Word Guild in 2010. In July, Jacob was diagnosed with an aggressive brain tumour. He and Eleanor moved to Linden, Alta., to be near family and friends. He died listening to Mendelssohn.